It was a real pleasant surprise riding from the Airport to the center that the whole trip in was totally litter free.  Even in the poorer parts on the outskirts there was a total lack of trash.  A huge contrast from being in Veracruz and the immense amount of trash that was blowing and laying around everywhere.

I hated watching the large amounts of it that blew into the sea and everywhere else everyday.  So I was off to a good start just seeing how clean things here are.

The people have so much more respect for what they have here and you can tell instantly upon arriving.  According to Wikipedia it is the largest city on the Yucatan Peninsula and approximately 60% of its people are of Mayan descent.

It says many historians believe it is the oldest continually inhabited city in the Americas.  It also says for a brief period around the turn of the 20th century.  It housed more millionaires than any other city in the world.  Who’d of Thunk!

All of it made from the farming of Henequen.  A Agave plant used for its fibers for everything from making huge hawsers to tie up ships to the dock, to hammocks, bailing twine and burlap bags.

It has several beautiful large parks in the center surrounded by Cathedrals and large governmental buildings.  The old Spanish architecture is everywhere and the old millionaires houses are huge.  Most of which are now museums, office buildings and financial institutions.

They are along this beautiful avenue.  Both sides are tree lined for shade with benches to sit at all along the way and they are extra wide sidewalks.  Beautiful is the word of the day as there are also so many smaller buildings everywhere being rehabbed and restored to their original beauty.

It is a huge contrast from Veracruz.  Great to see a very vibrant city and what money can do when spent in the right places.  Money begets money and it has brought them a large tourist population from all over the world because it is kept so well.

I have heard people speaking in many different languages some I knew and others that I couldn’t begin to tell you where they were from.  I was sitting in the park tonight listening to them all and trying to guess where they were from.  Other than French and German I am assuming Scandinavian countries as the  blonde hair and super white and red skin from sunburn gives them away!

The one thing I am a little surprised at is the biggest park in the center although beautiful doesn’t have a fountain or statue of any kind.  Only a large raised circle of concrete in the center with a flag in the middle.  It looks kind of stark and strange not to see a great fountain.  Like so many other Spanish influenced cities here in Mexico have.  I have found only one small park with a fountain so far.

The assorted baskets of plants hanging from the light posts, the manicured shrubs in the park, the beautiful buildings surrounding it.  The streets paved with stone in  small, medium, and large squares and rectangles.  A pattern you would see on someone’s patio or the floor in your house.  It all reminded me of Europe.  The city does have a super good vibe and is really calm and peaceful.

Mexico sure has changed in the 40 years since I was here last!  That being said I still saw multiple blocks of sidewalk  and streets broken up one sledgehammer hit at a time everywhere.  An loaded into trucks by hand one piece at time.  At least they weren’t donkey carts getting loaded. Poor donkeys have been rescued by trucks!  YAY!  But the people are out of luck or lucky to have a job I don’t know which!

They have been celebrating the different cultures of the World this month and next here.  They have had several concerts in the main park.  The one on Friday was music from different countries cultural dances throughout the world.

Yesterday Sunday it was a day long festival with the streets around the park closed off and vendors of all kinds set up throughout the park and in the streets.  One side was devoted to two stages set up on opposite ends of the street.  The middle was filled with people of all ages dancing and having a good old time.  The music started around 5pm and finished after 11pm.

They were switching from one stage to the other so that there was no pause in the music.  One band finished and the other was ready to go.  It started off with slow dance music and ended with a very lively singer and tune.  It was great!  This is a very lively and proactive city.

This is totally off subject but the one thing that I keep forgetting to bring up is that everywhere I have been so far including here.  There has been a really large number of old VW Beetles all in different degrees of refurbishment driving around.  Kind of like living in the 70’s.

Since moving to Guadalajara a couple of months ago to get out of the heat from the coast.  The weather has been perfect everywhere I have been.  Can’t beat it!  This City has a lot going for it!  It is a good stop along the way!  COOL! 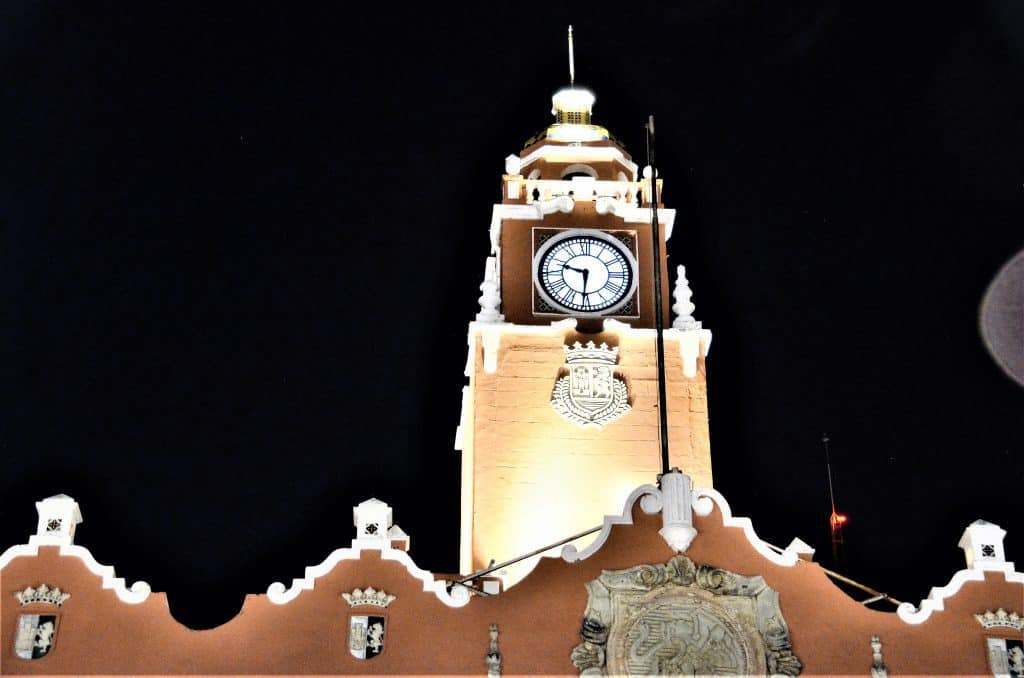 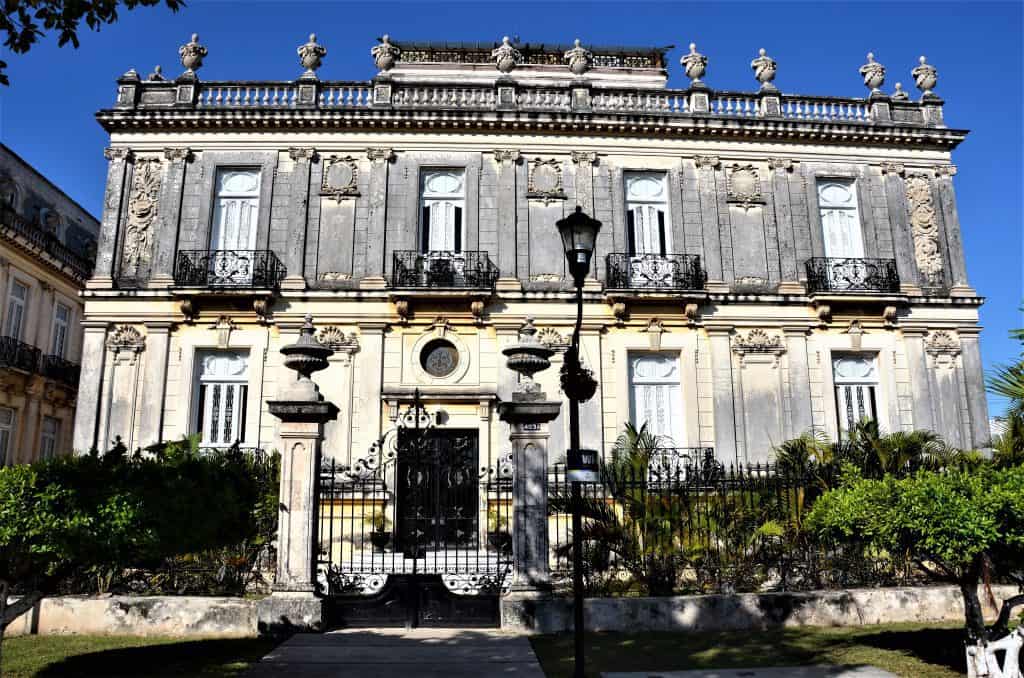 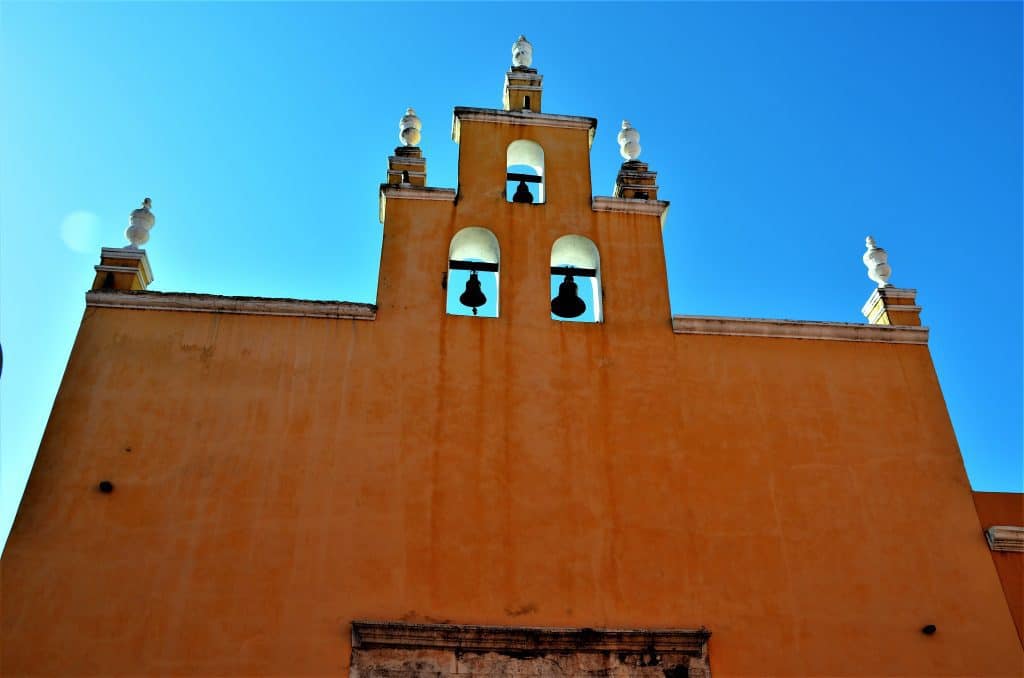 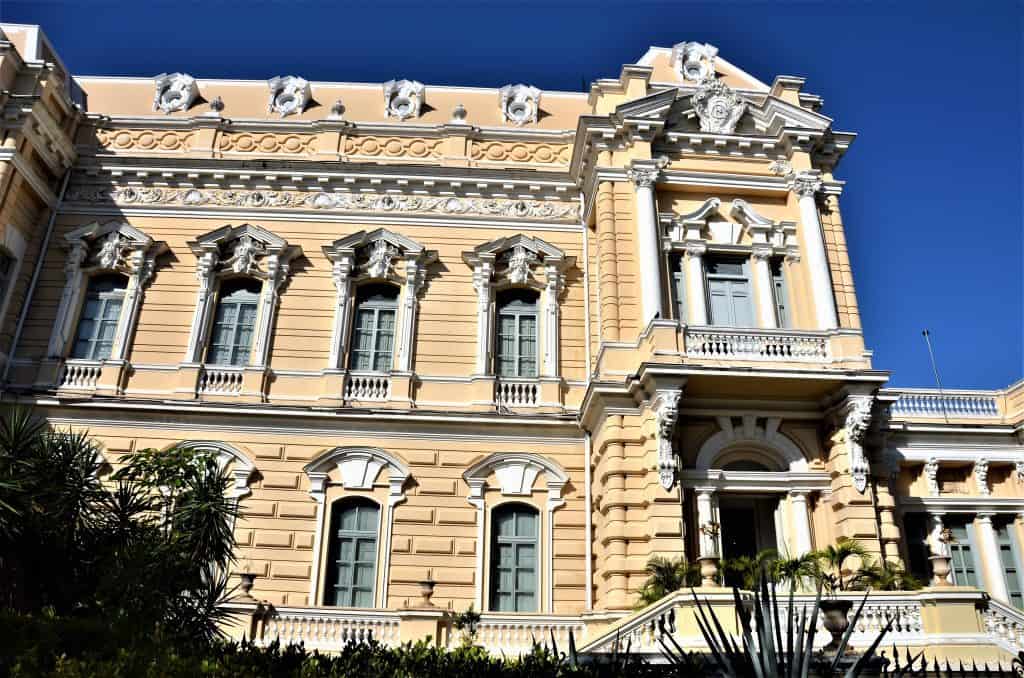 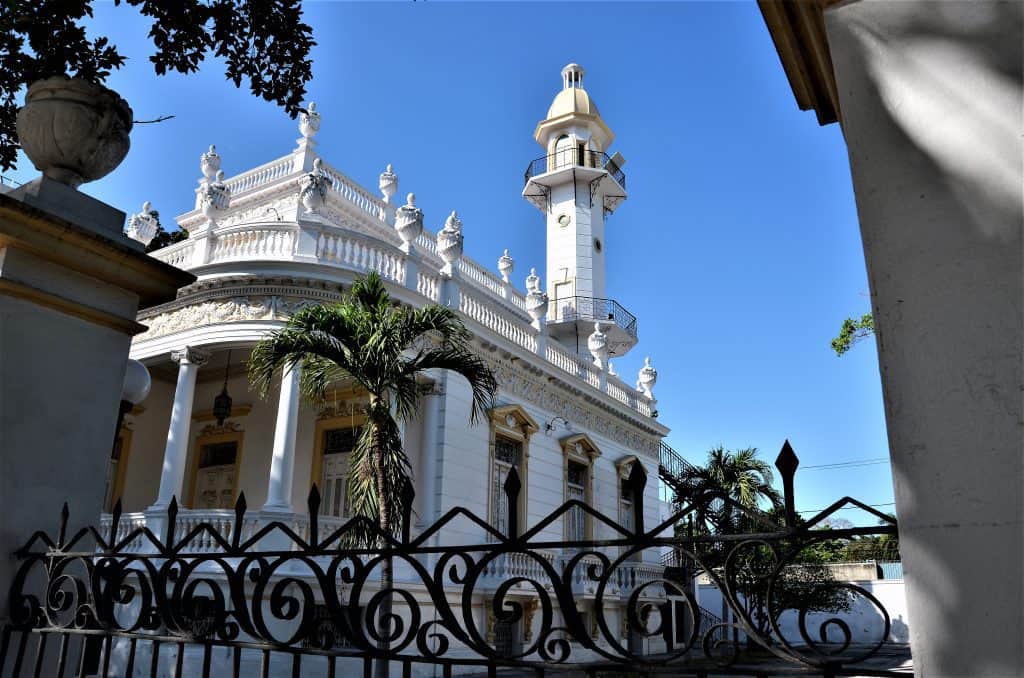 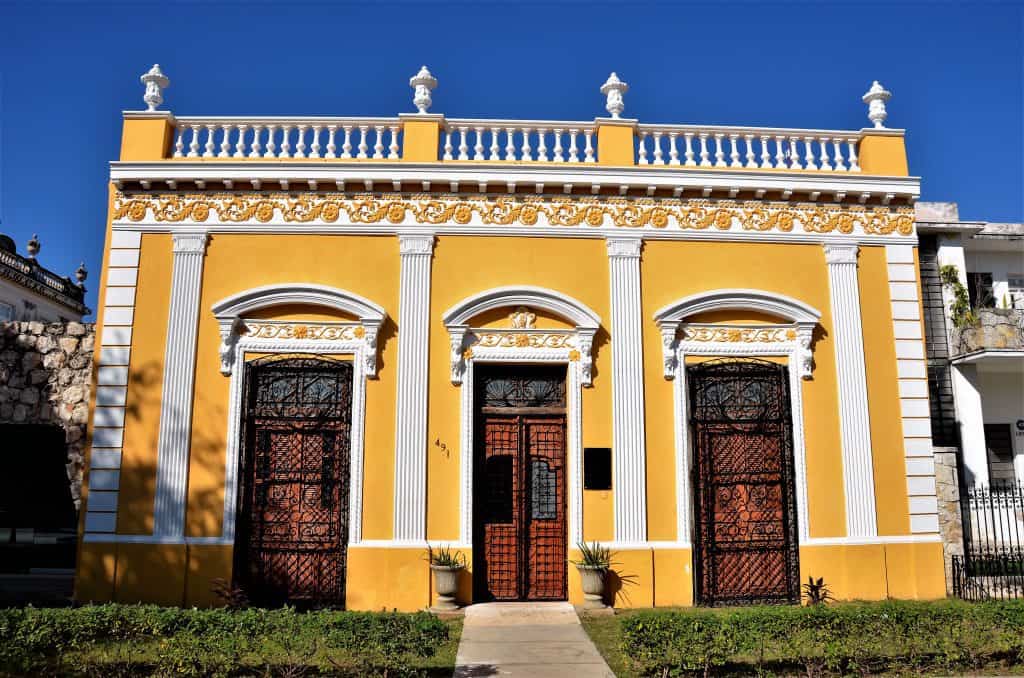 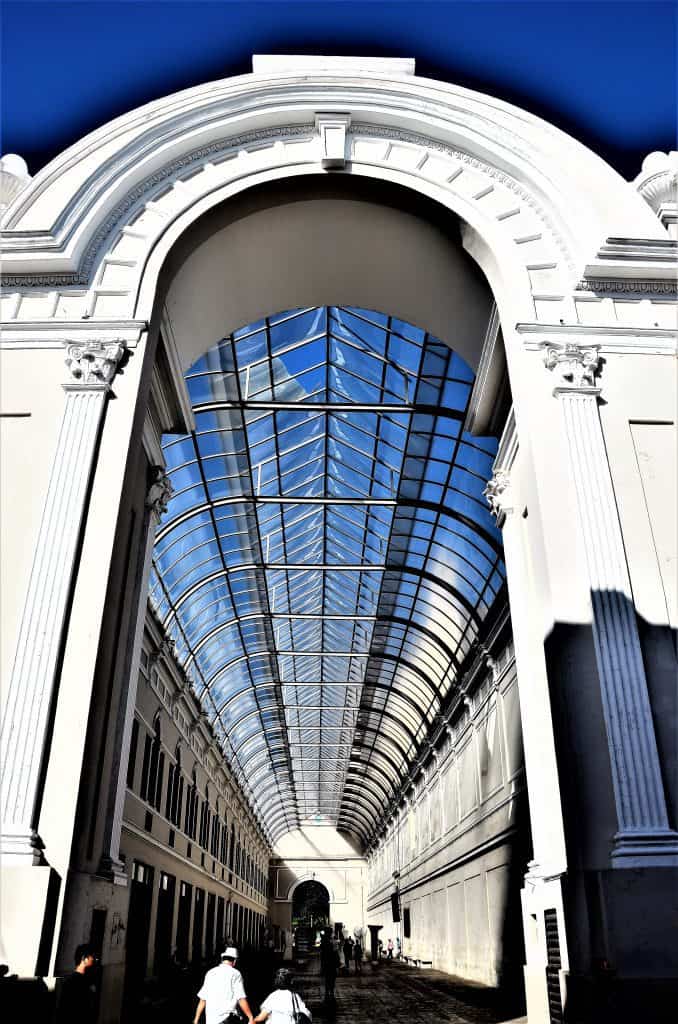 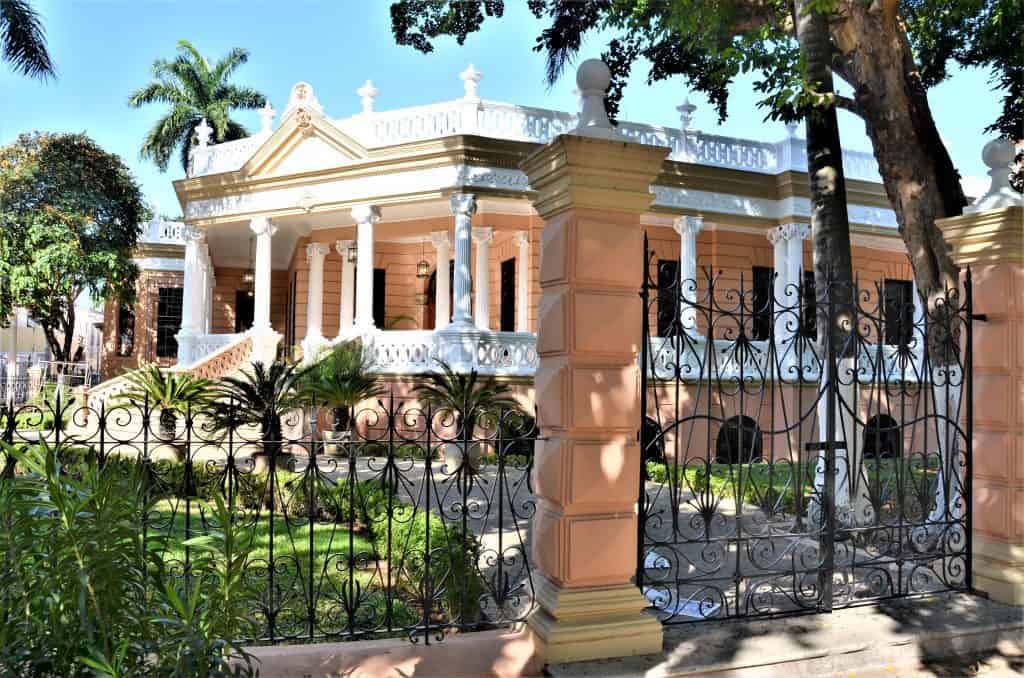 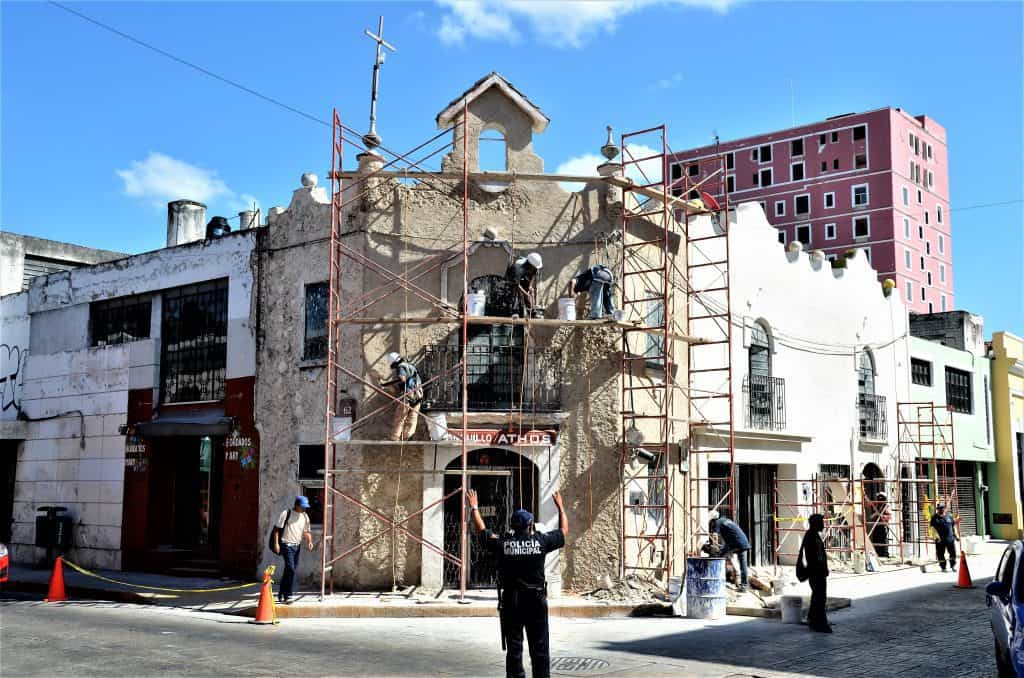 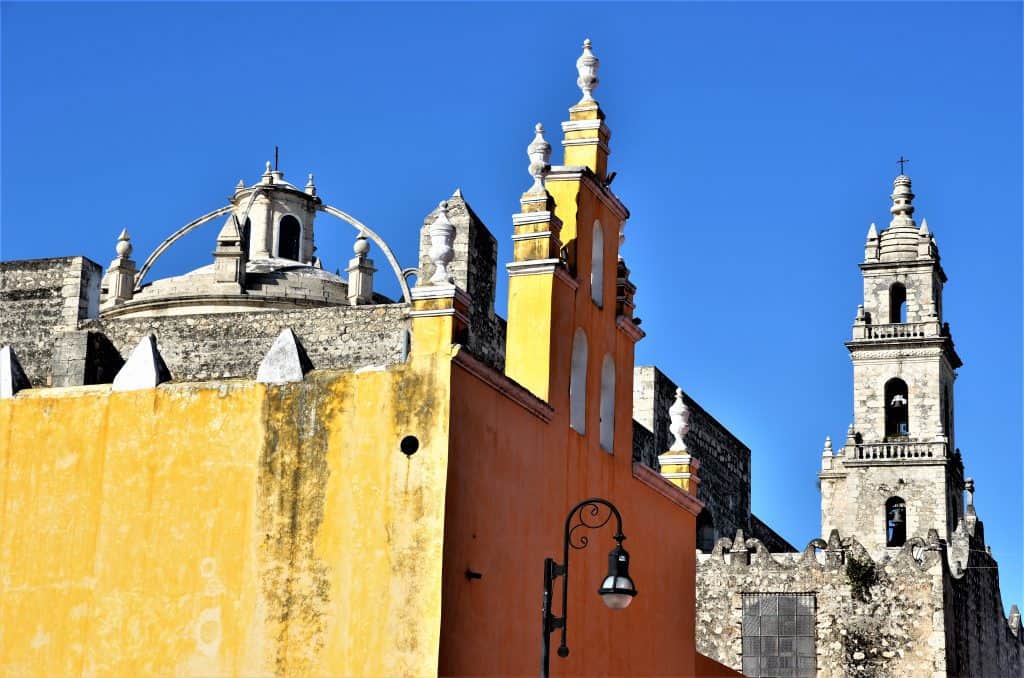 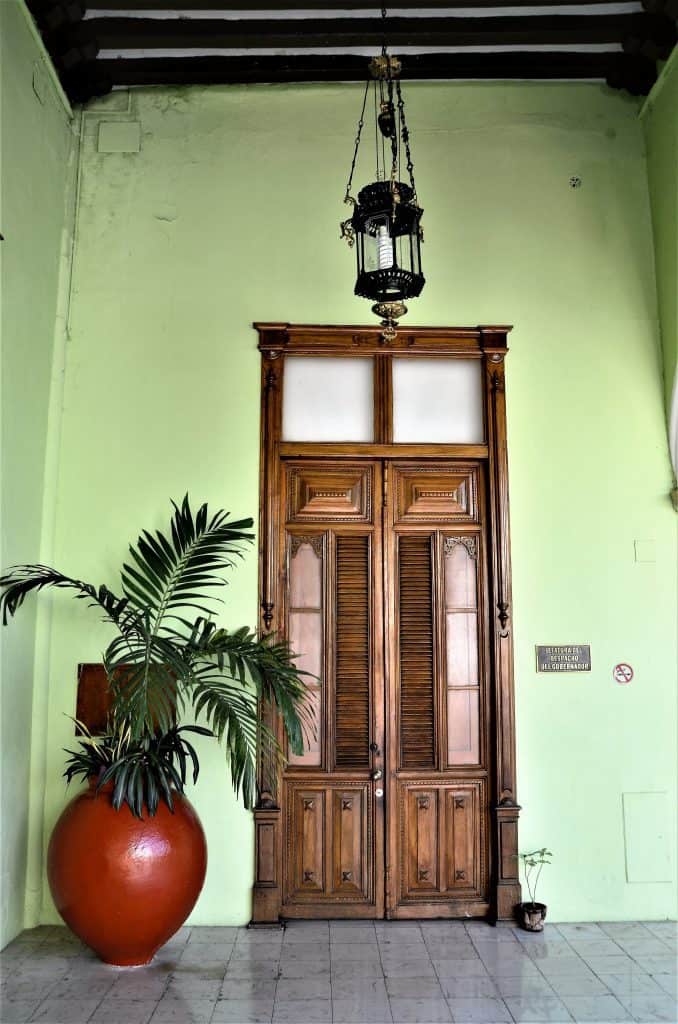 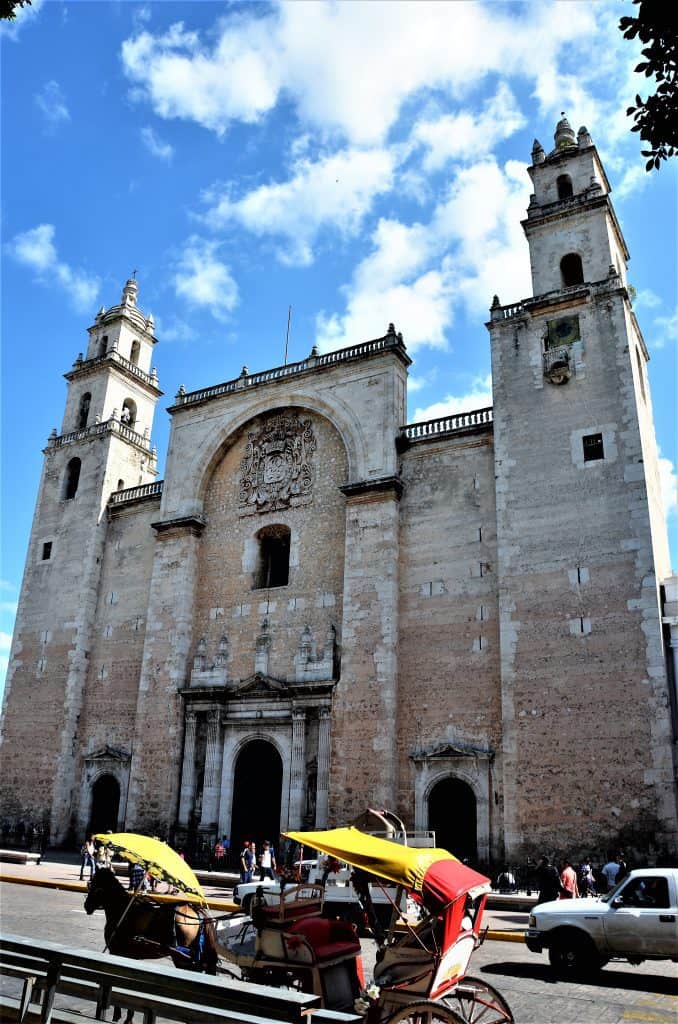 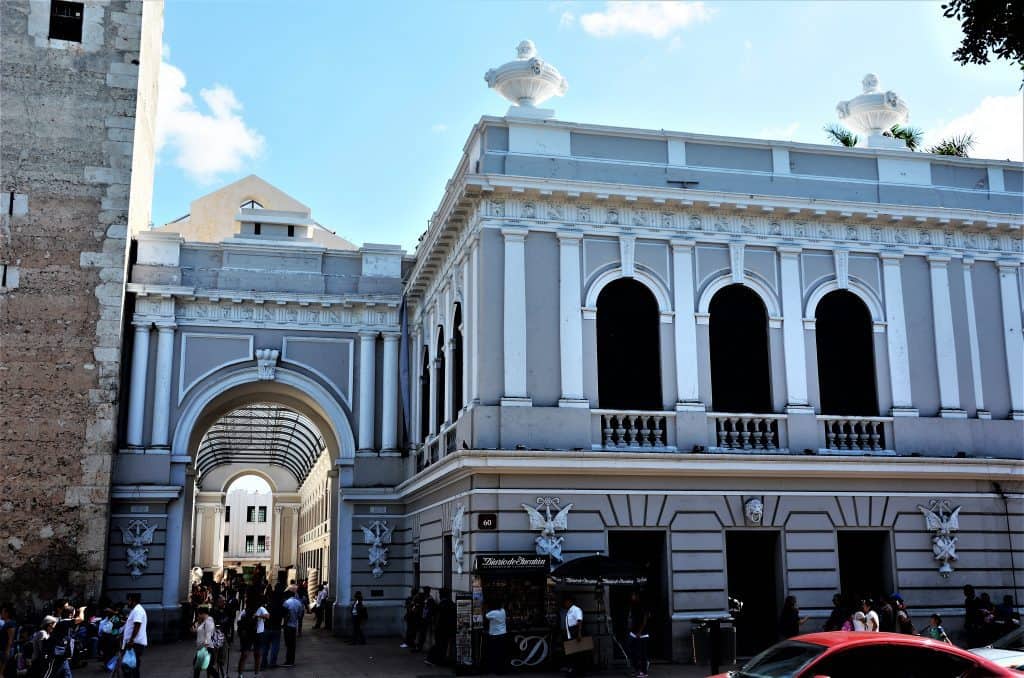 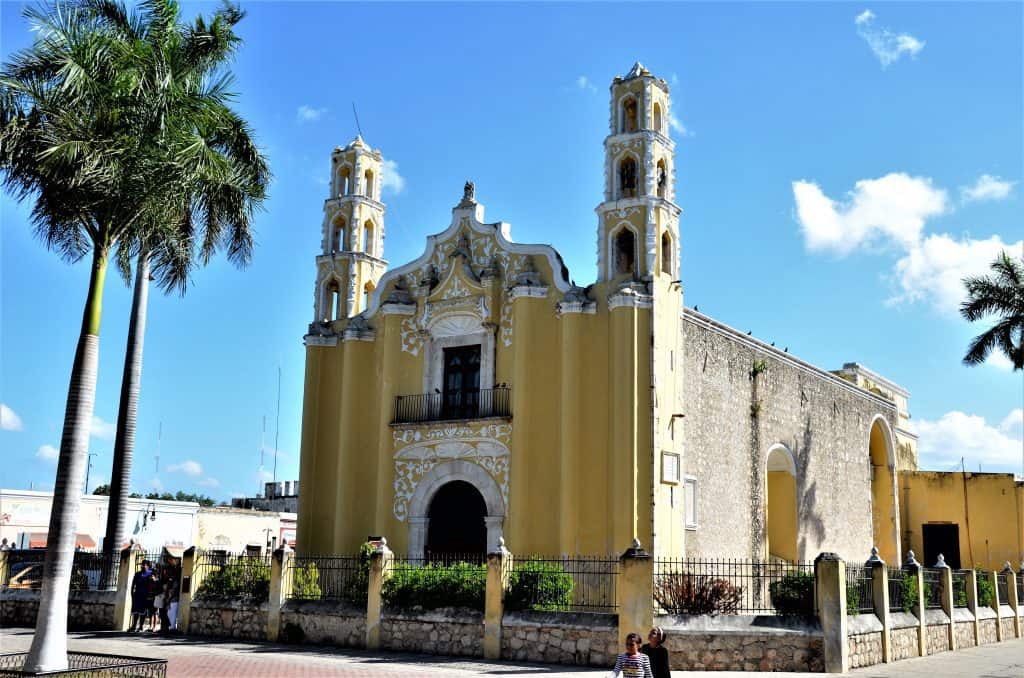 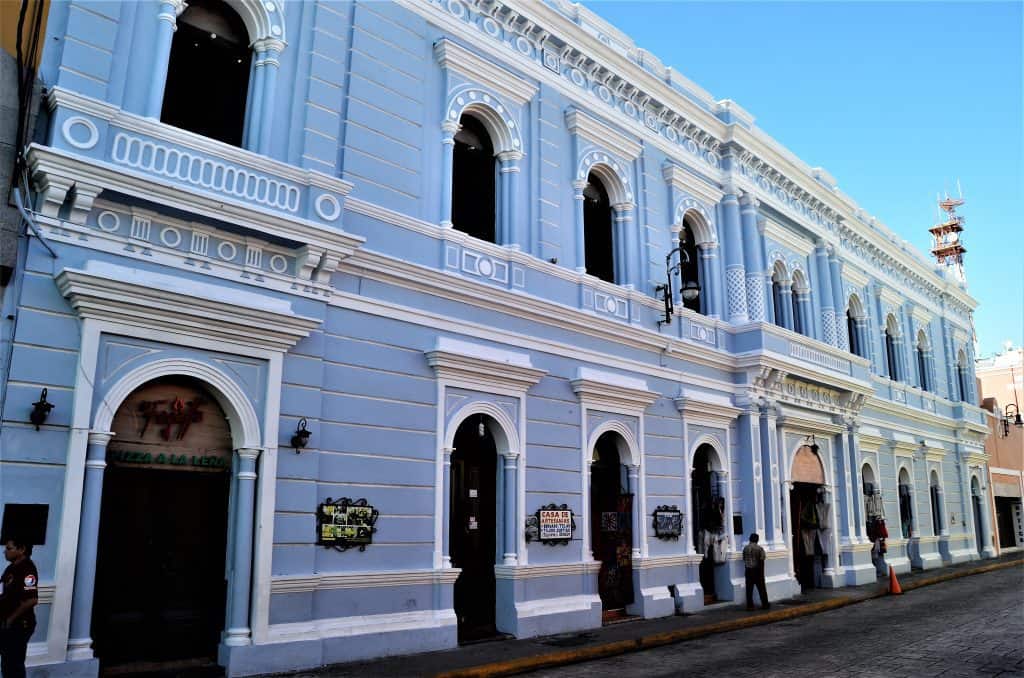 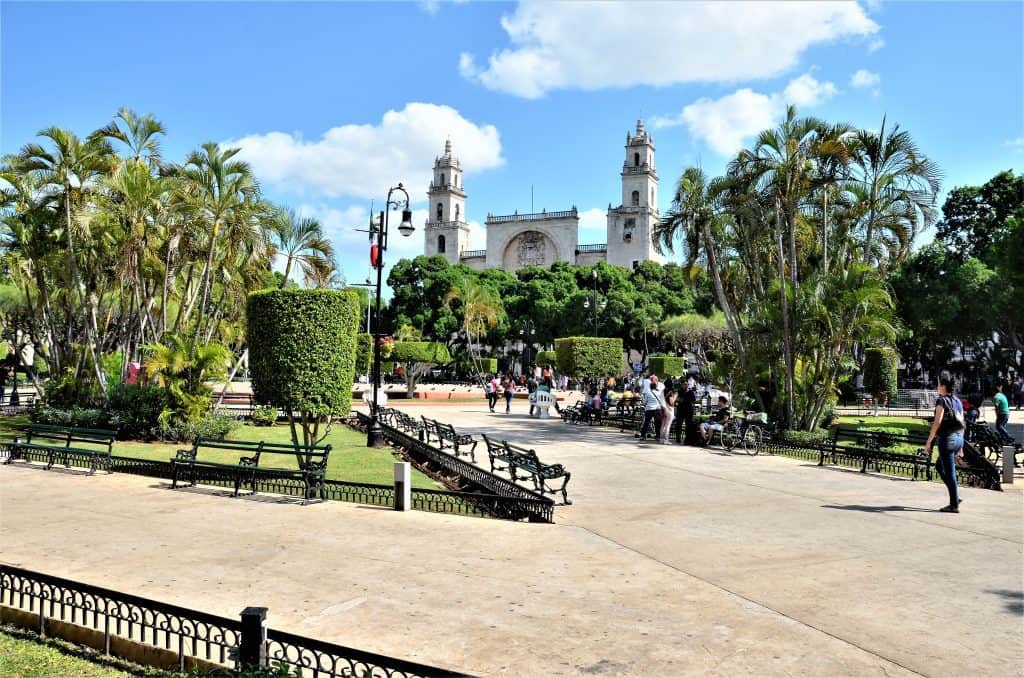 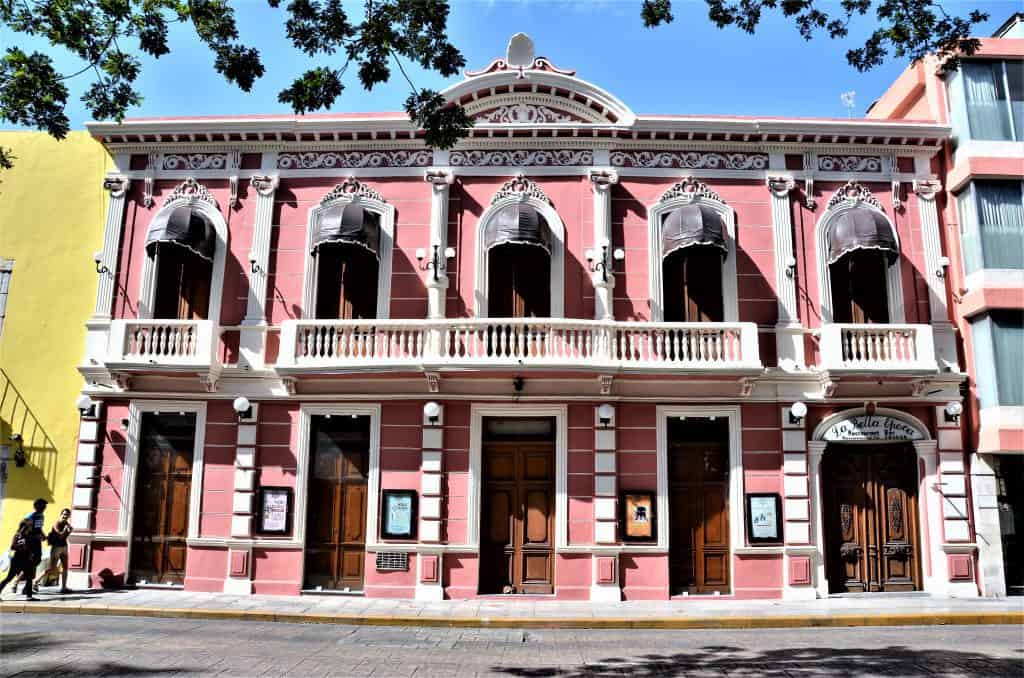 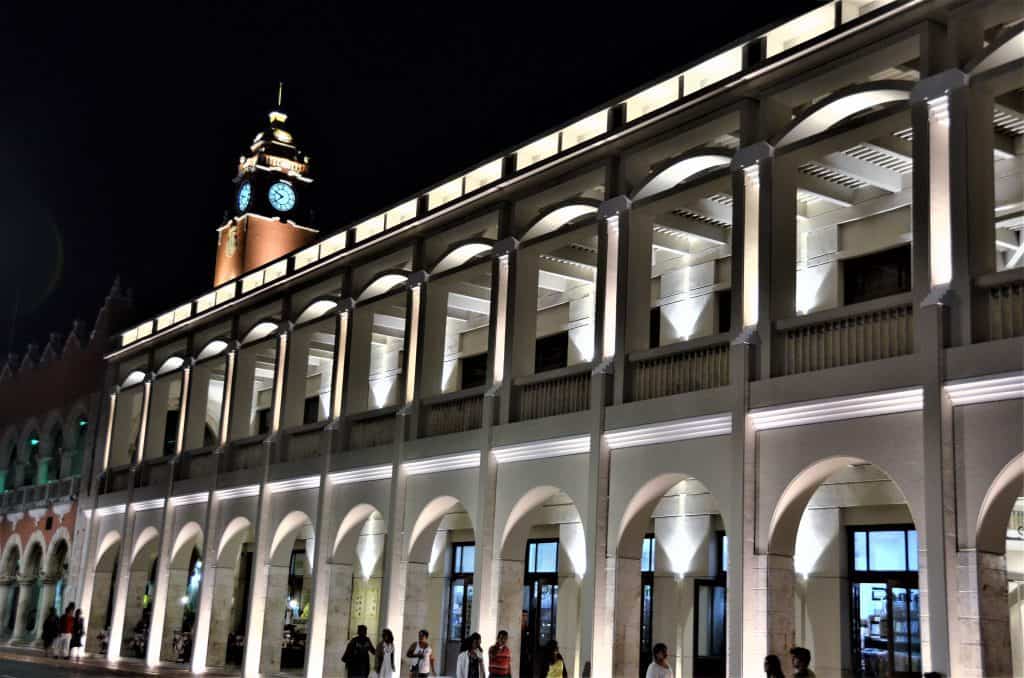 BACK TO  MERIDA LEAVING