Well Polignano A Mare has been a really nice little place to see.  It’s not a very big town but it has some dramatic views from its cliffs overlooking the sea and its buildings overhanging the edges of them.

It’s big claim to fame is it is where Domenico Modugno the songwriter that wrote nel blu dipinto di blu or as it is better know Volare was born.

The old town is tiny but is for the most part one big pedestrian zone.  One side of the old town ends on the cliffs.  Above a cove and small beach that has a beautiful shrub and tree lined cobbled walkway coming down to it from the cliffs.  On the other side of the old town there is a long esplanade along the sea that’s goes along the edge of the cliffs for probably a mile or more.  Pretty nice view from the top! It is well taken care of and is pretty clean.

About the only negative thing I encountered was that for some crazy reason they have asphalted most of the roads coming into it except for the pedestrian zone.  I think they tried to asphalt over the cobblestones because the asphalt is all patched up and falling apart.  To bad it was pretty ugly and sad to see.  I guess they tried to modernize things at one point.  Some politicians bright idea no doubt and it has backfired on them.

But it is minor in the scheme of things as everything else is well kept and there is a lot of rehab of the old going on everywhere.  Maybe someday they will put the roads back to cobble who knows.  All and all it isn’t a place I would spend a long time but it has been a very pleasant stop along the way and I am glad I did.  I couldn’t choose which one of the photos of the old lady I liked the best.  They both together tell a very short story!! 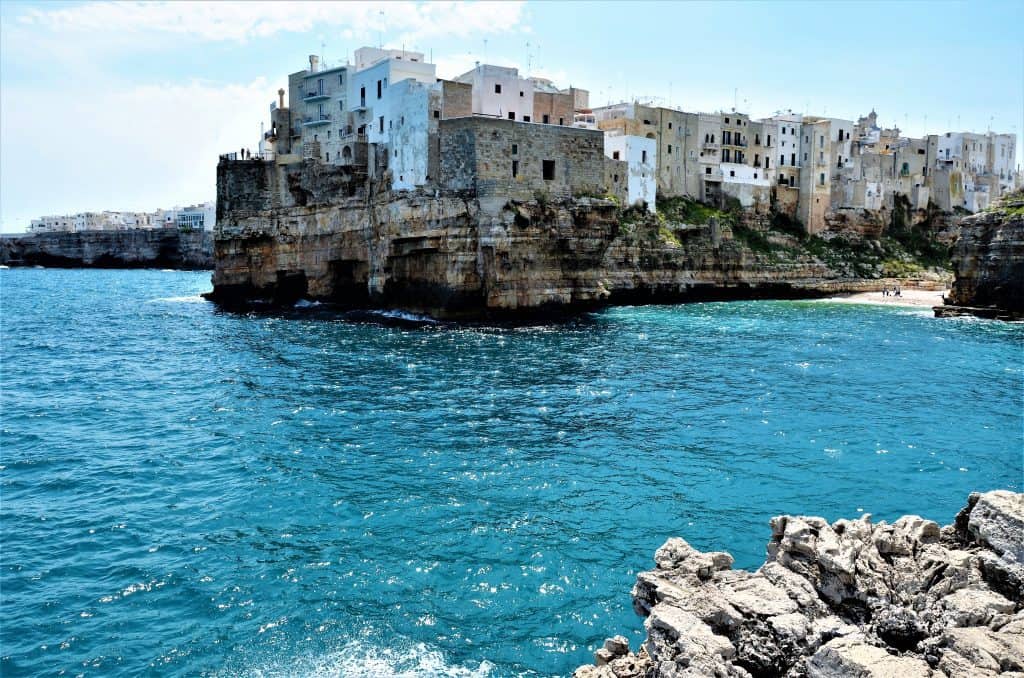 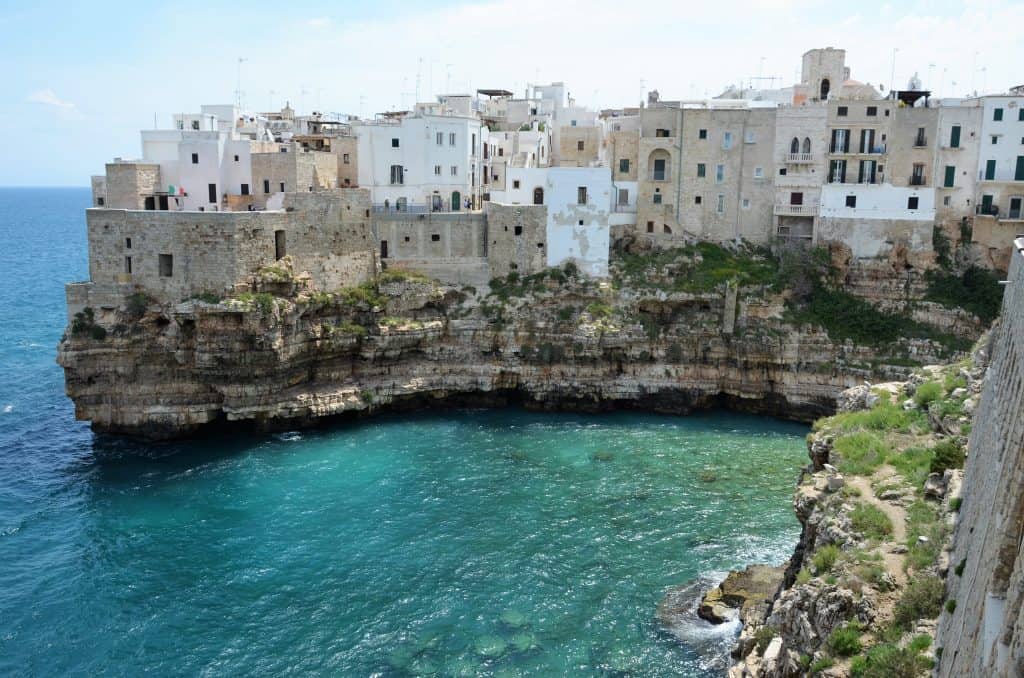 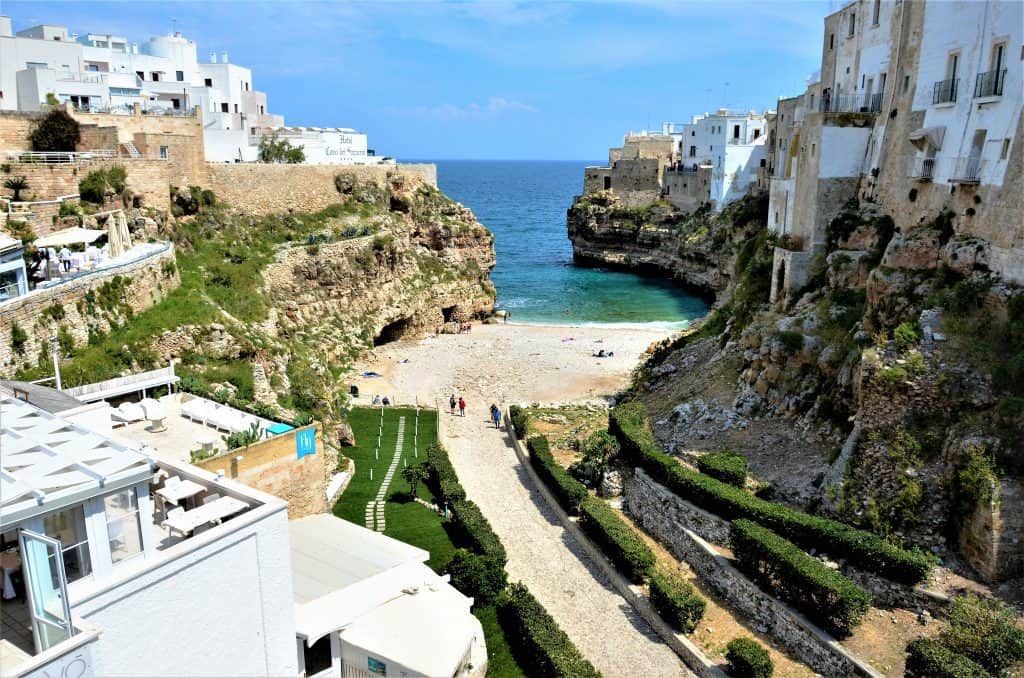 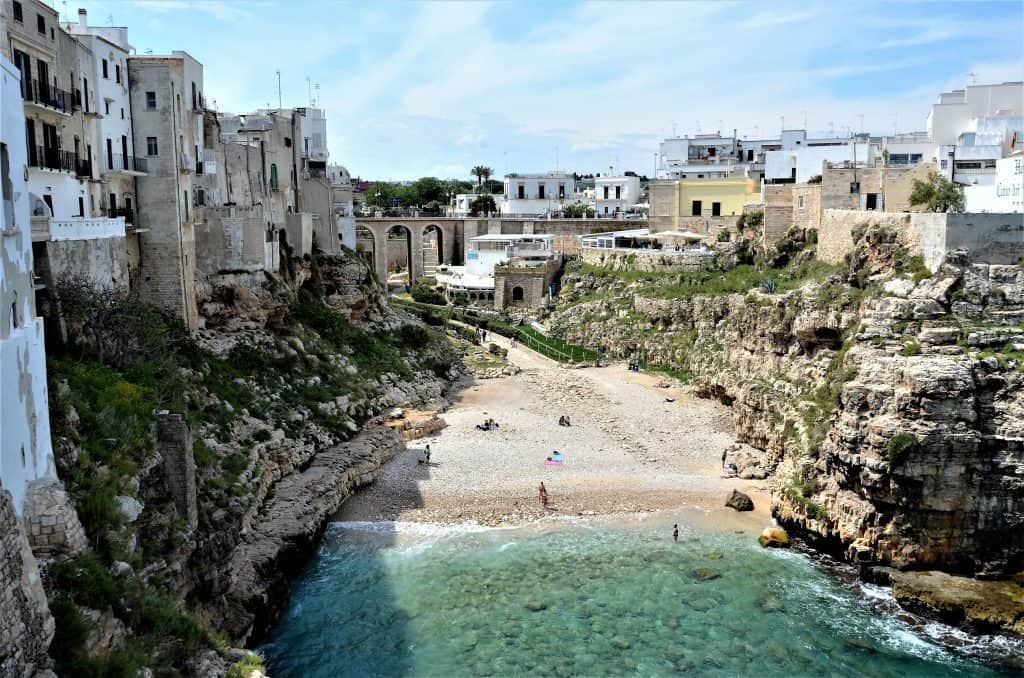 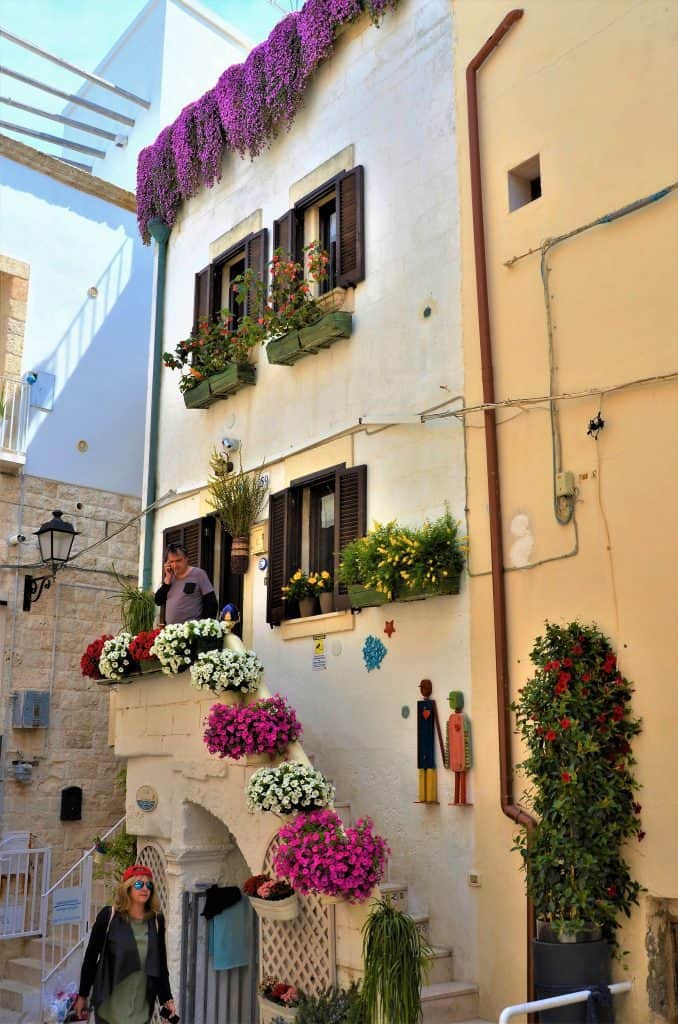 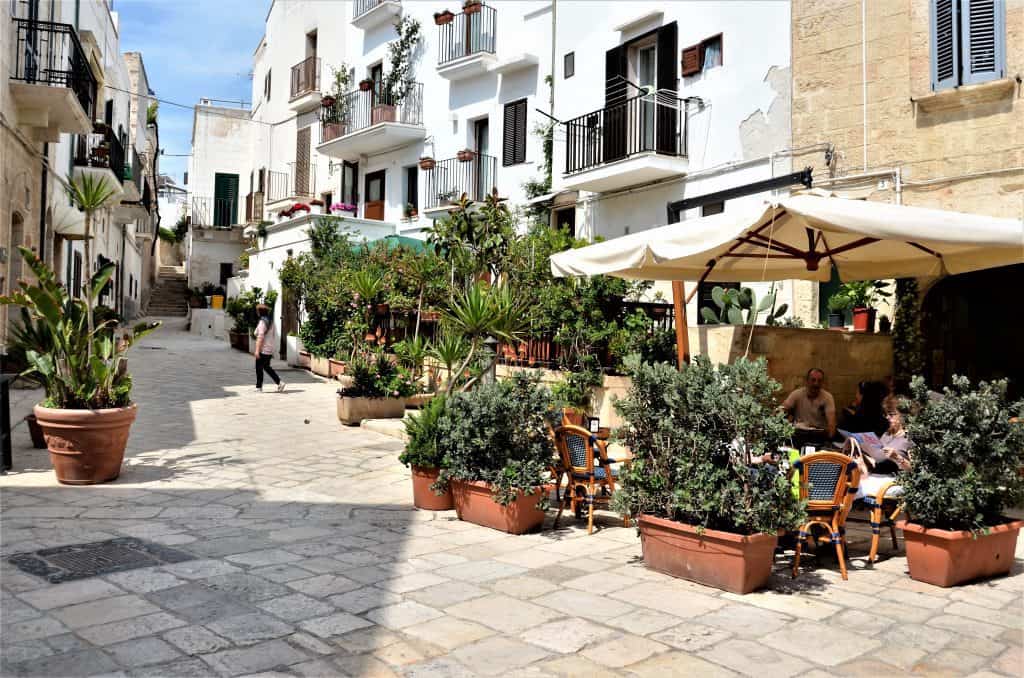 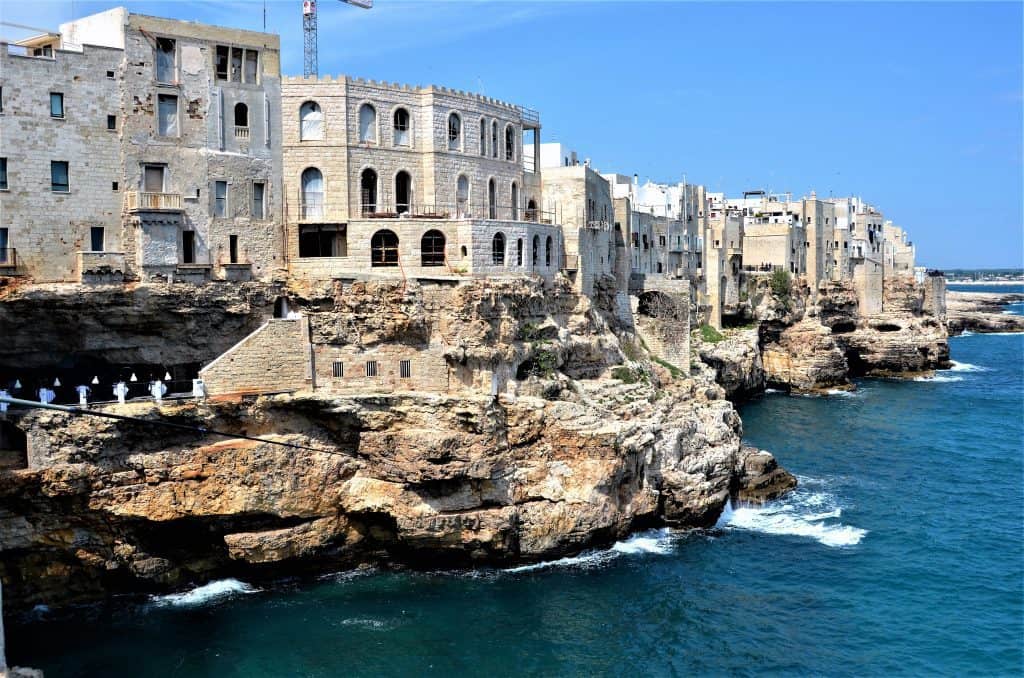 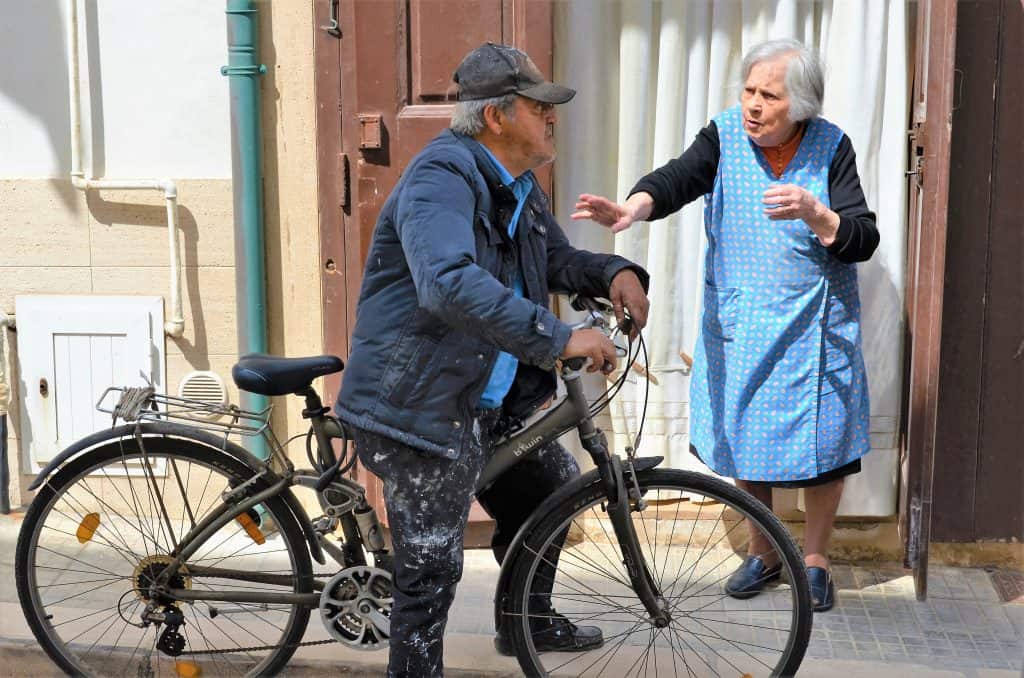 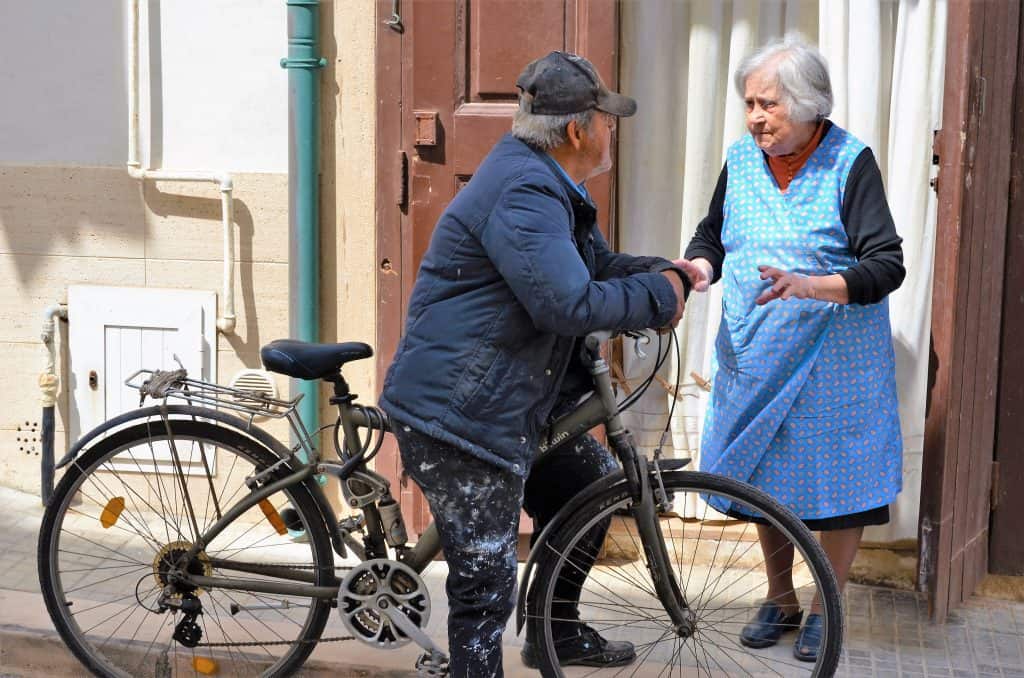