Well back in Varna Bulgaria!  It is a great place that I come back to every year.  It has a very very very special vibe about it.  Very low key and peaceful.

It doesn’t have all the beautiful architecture of most of the other places I go.  Most of the really nice buildings are in the center along the very long pedestrian zone leading to the Sea Garden.  That is about all it is lacking though.

The Sea Garden is a huge park covering a few miles or kilometers along the sea.  It is full of flowers and trees of all kinds and many different paths and stops along the way with fountains and statues in them.  There are all kinds of things for people to do in the park from playgrounds for different aged kids, a giant swimming complex with multiple pools for different events, tennis, ping pong and petting Zoos!  There are benches everywhere. Perfect!!!

Bulgaria has to be one of the most peaceful and least hurried places I have ever been.  I just Love it here!

I am sitting here on my balcony watching as they are doing a traditional circle dance out in the esplanade tonight.  They form a circle join hands and as people from the esplanade join the circle gets bigger and bigger until it is too big for the area.  Then they start making a spiral so there is always room for more to join.

The dance kind of looks like a line dance just simple in and out and sideways steps going around and around.  So simple and open to all.  I never could dance worth a shit always had to be solo. Even this simple one they are doing is too much for me.  I was sitting here watching thinking I could do it but after watching for a long time decided nope not possible.  HAHAHA!

Yup it’s very peaceful to see from old people to young children just joining in as they walk by from the beach or wherever they have been or are going.  So so so simple and nice!

It amazes me how it seems to be the poorest countries like here in Bulgaria that are the ones that enjoy life the most.  The little things we have forgotten in the more wealthy places still remain in these places from years gone by.  It is really really good to see!

There are hundreds of children of all ages walking, riding scooters, everything imaginable they are riding it!  They are still up after I go to bed.  Which is usually around midnight playing and having a grand old time.  I have never seen anything like it anywhere I have been.  It is like the land of children or something!  Great!

The only thing that makes me cringe is the older kids on their bicycles riding full blast down the esplanade making the crowds of people shalom poles like on a ski slope.  They are tearing through on their back wheel.  Front one in the air waving back and forth to keep their balance.

I do not know how they do it but I am amazed how no one has been wiped out by them.  I have been here for a couple years now and I still cringe from it but have never seen them hit anyone!  Amazing, crazy and very lucky at the same time.  I always go DAMN kids!  Of course when I think about it.  I would have been one of them at their age too no doubt!!!!!!!  HAHA!

So I was inside and heard what sounded like singing.  Went out on the balcony and a womens and mens choir was just standing in the middle of the esplanade singing songs.  As they were singing you could hear the sound of a band coming.  A dozen or so groups of people came by.  All from different countries dressed in the old traditional style of each of their countries playing and singing their folk songs.  Pretty Cool!

Guess the dances and celebrations are starting again this year.  They have a Varna International Celebration of Music and Dance every year.  They have been setting up a large stage about 200′ feet from here for two days.  I was wondering what it was for!  Now I know.

I can only remember a few of the countries involved but they were mostly Eastern European countries.  Bulgaria, Romania, Greece, Serbia, Moldova, Macedonia, Ukraine, Georgia, Turkey, Slovenia, Latvia and others!  COOL!!!!!!!!

It is too bad it is such a pain in the ass to get here.  There is no easy way to do it.  Either several flights to all over the place or trains and buses for hours.  But well worth it once you get here!  The photos below are new and are of a couple of the many flower plantings throughout the park.  If you want to see more of Varna.  There are many!  Type in Varna in the search box or click on a couple of the links at the bottom. 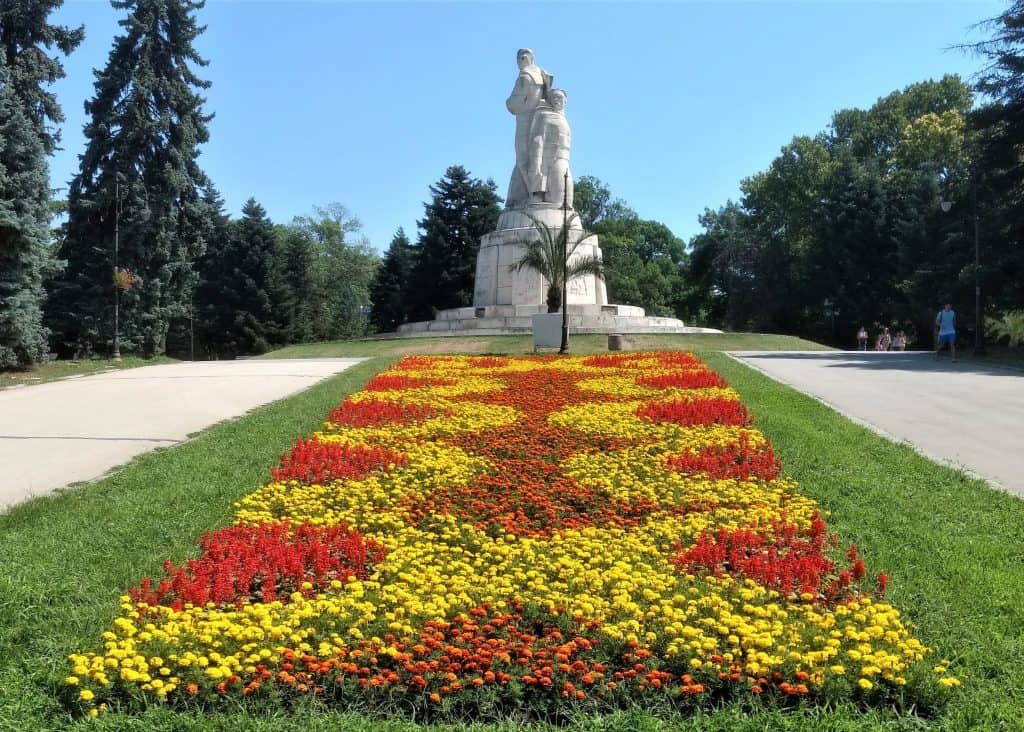 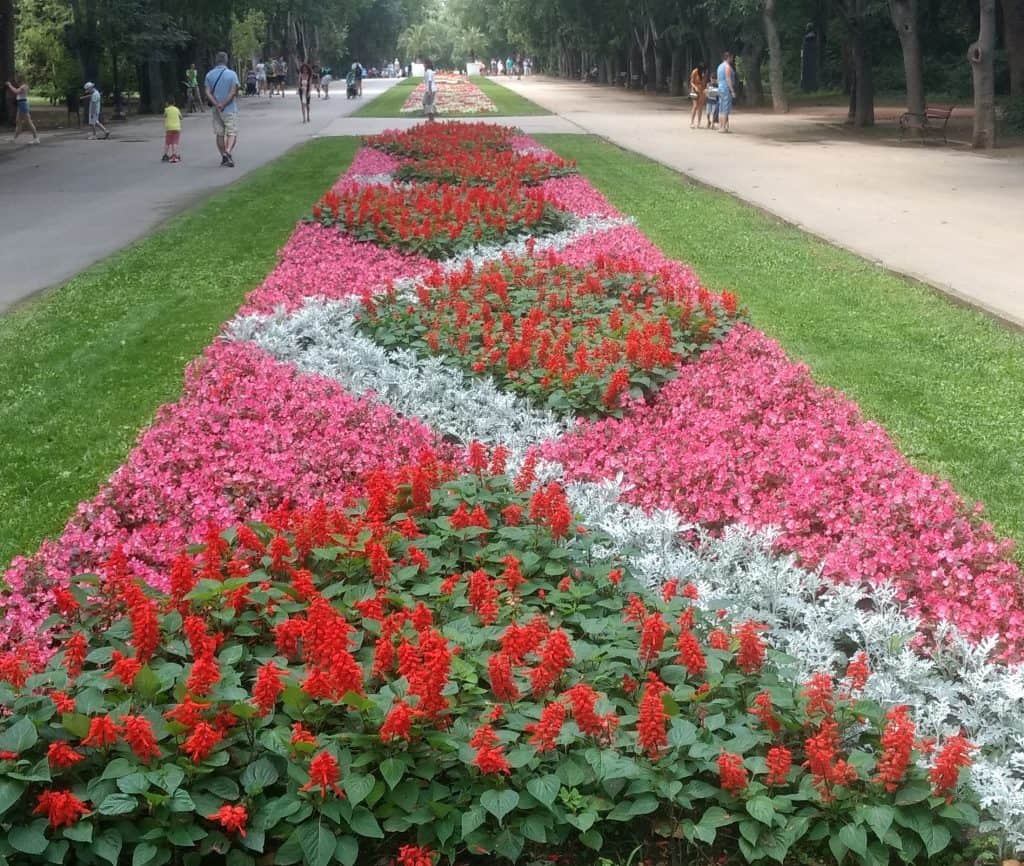 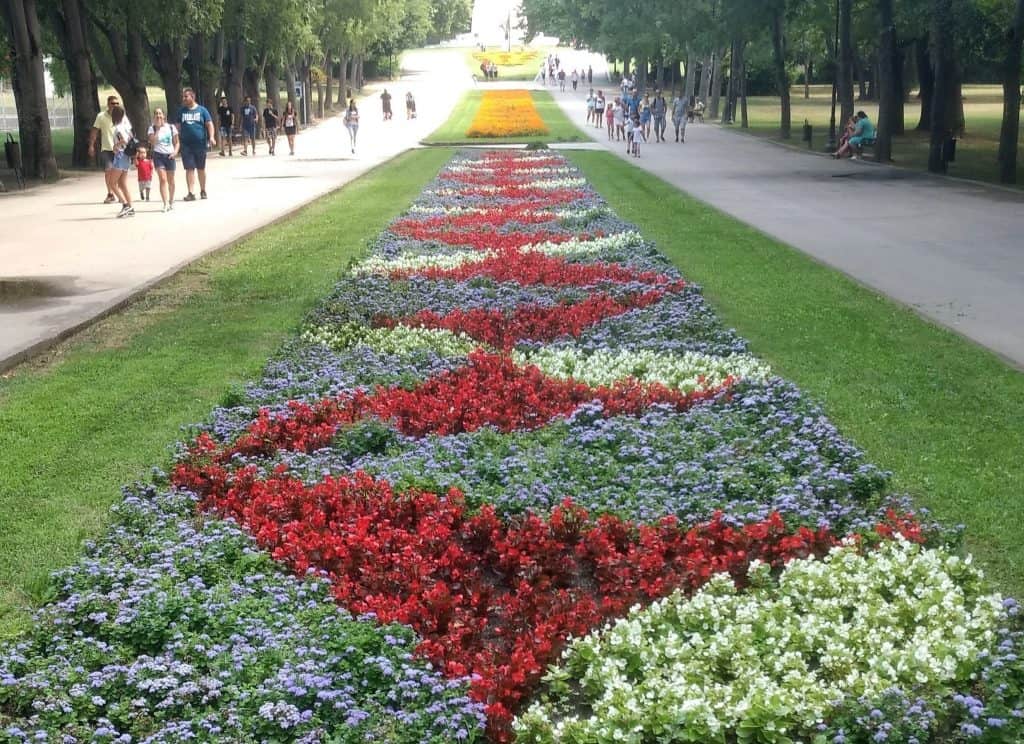 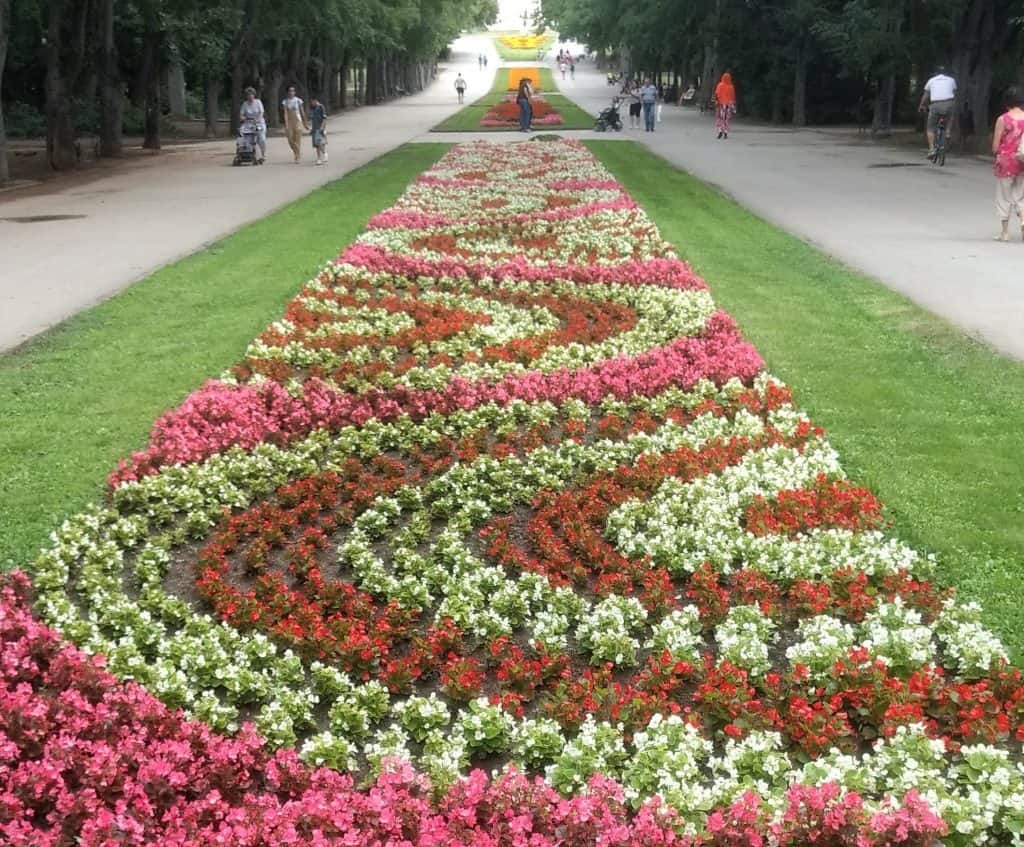 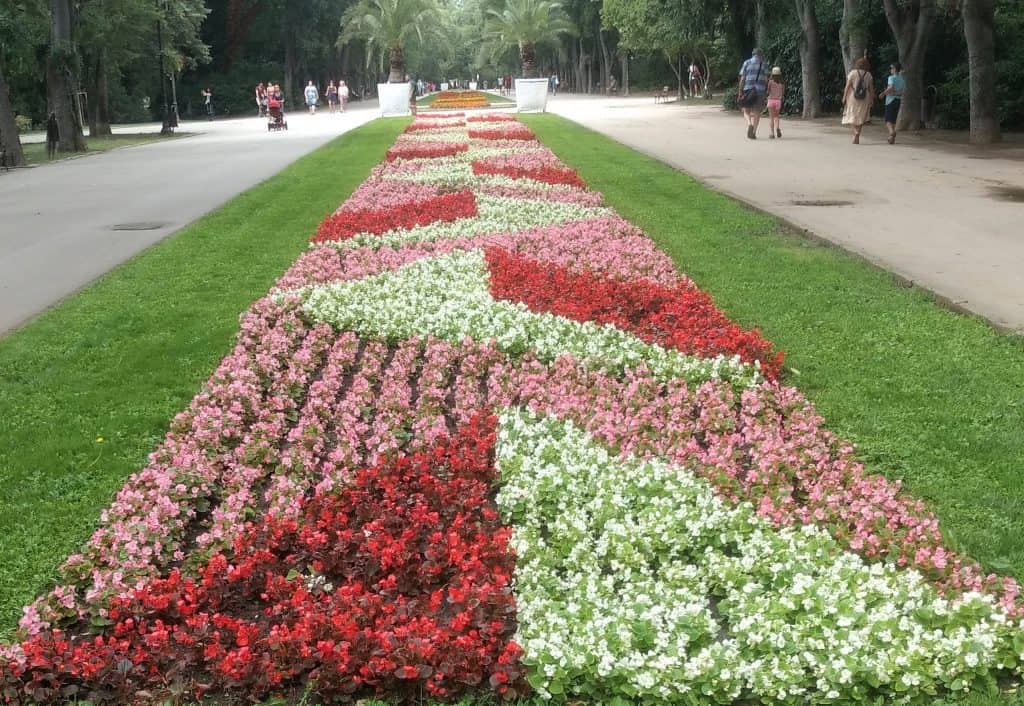