From the moment I arrived this place has just given off this super good vibe!!!  I had no idea at all didn’t have any clue what to expect!!!!

So just got back from dinner.  I splurged tonight and had a big bowl of cream of asparagus soup, big burger and homemade chips.  Then went and had 2 big scoops of really really good ice cream for a grand total of $6.70 not bad HUH!  Ya and that was with tip.  I think it is cheaper here than Mexico.

It was interesting they weighed the ice cream and charged by the weight.  So you get a good count every time you don’t have to depend on who is dishing up the scoop.  Had chocolate and pistachio it came to $2.10 was going to get another it was so good.  But it started to rain so headed back to the room thought it was going to pour.

I like this spot thinking I may walk on the wild side and spend the $41 a night with breakfast.  I can get a nice place for $25-30 but not with the location this place has got.  The place I ate was just on the street below my room and the ice cream place 50′ from it.  Pretty convenient HUH.  Think I’ll be here for a while all things look good for a longer stay!

It’s hard to get used to the money difference.  Like the meal was 6.99 Lev and you think ah that’s not bad for soup, sandwich and the chips.   Then you realize it is really $4 pretty crazy.  Same with the ice cream you think oh $3.70 for 2 scoops not bad but it is $2.10 and it was super creamy ice cream.

Been on the balcony all evening watching people go by gives me something to do beside just sitting on the computer all night.  There are tons of people of all kinds walking by constantly.  I have a big balcony, big table, couple comfortable chairs and an umbrella if I need it for the sun.  Can sit out here and watch the world go by.  Literally!

All the places I’ve been have had TV but I haven’t turned any on since I left Florida.  No desire I have all the entertainment I need!  This esplanade is huge probably 75-100′ wide and goes on for a long ways haven’t even begun to see it all.  I especially like it because the esplanade doesn’t have any vehicles not even motorcycles or scooters.

I can tell you sitting on this balcony is great so many people coming by.  Young and old just walking along having a good old time.  Kids playing, dogs playing everyone having fun makes it fun for me too!  GREAT!!!  I can probably see 100 people at any given time here.  It’s such a big area it doesn’t look crowded at all.

It’s so nice to see all these different people so mellow and happy just walking along laughing and having fun.  People pushing strollers, kids playing kick ball doesn’t get much better to me.  Who would have ever thought about these countries!  Hell I barely knew they existed and they are so nice!

I really really think once I get a really good day of exploring in I will love it even more.  It looks like it has so much potential and I haven’t even seen a small part of it yet!

Well decided last night if the breakfast was good I would bite the bullet and pay up for a week.  Breakfast was great so I paid for a week and had them block out another.  Told them I’d let them know in a couple of days for sure on the other one.

Walked for 4 miles thru the park by the sea today.  It’s a little more than 2 each way.  Paths along the cliffs above the sea with exercise gadgets.  I get to watch the giant ships coming and going from the Bosphorus Strait to places along this coast and down past Istanbul.  Tons of Benches and WC’s.  Paths winding everywhere through it.  Paths in the middle divided by patterned decorations of flowers, fountains, streams with wooden bridges, statues.

All kinds of stuff for kids to do little amusement parks, little Zoo, tennis courts what looks like an olympic size swimming pool may be smaller but it is big.  Plus another pool for high diving.  Restaurants all along the water.  I would never in the world have thought I would find this kind of thing here.  It’s like finding a hidden gem that no one knows about!

Just went to dinner had a huge piece of Musaka a big cup of creme brulee to go and 2 big scoops of chocolate and pistachio ice cream on the way home.  All for $5.25 not bad HUH except for the waistline.

Yes I feel very at home here it is a really really good feeling after all the looking!  Pretty cool!!!  I don’t think it is on to many peoples in the states travel list so so much the better! It sure is on mine now!!!  Maybe I have finally found the tail of the wagging dog or the dog of the wagging tail however that goes!!!

It’s kind of strange because I really haven’t seen that really old architecture thing going on.  I’m sure there is the old I just haven’t searched enough to see it yet.  It’s like this time I don’t even care about one of my biggest desires in a place.  This place just feels good even without it.  I mean there is old just not as picturesque so far.  There maybe places that are but I just don’t seem to care this time.  The feel here is just so laid back and the people are just so mellow.

Well after spending a good amount of time last night thinking about it.  Went down this morning and booked the place for another 3 weeks.  Did a long walk around the town today there is not much of any great architectural thing going on mostly looks like communist era buildings.  Not much design to them.  Not many stand out kind of places.

So it’s not like a Guadalajara or Bucharest.  The thing here is the parks along the sea and the long wide pedestrian walks.  Plus there are many beaches some small in little coves some big.  I like it here because it is cheap and really laid back.  A place to regroup a little from the trip.  Not one of the most picturesque places I have been but one of the mellowest.

Mostly a Bulgarian vacation spot like Guadalajara was to Mexicans.  The place is clean the people are great and the vibe is super mellow that is what this place is about.

I guess the bottom line here for me is I am a cheap SOB.  I don’t have to worry about going out to eat and thinking about how much it is and can I afford it.  If I want an ice cream or to stop for a beer I can just DO IT!  Without going OH that’s to much buy one at a convenience store and bring it back to the room.

I can sit on my balcony or a park bench and watch tons of very happy people walking by.  It will be great to be able to live here with that kind of vibe all the time.  I can also walk for miles through beautiful parks.  I need to just sit some place and relax for a while and this is the best place for that so far.  In the next 3 weeks I want my biggest problem to be where to find this Bulgarian Rakia that is made with grapes and other fruit!!!  LIFE IS GOOD!  Dave 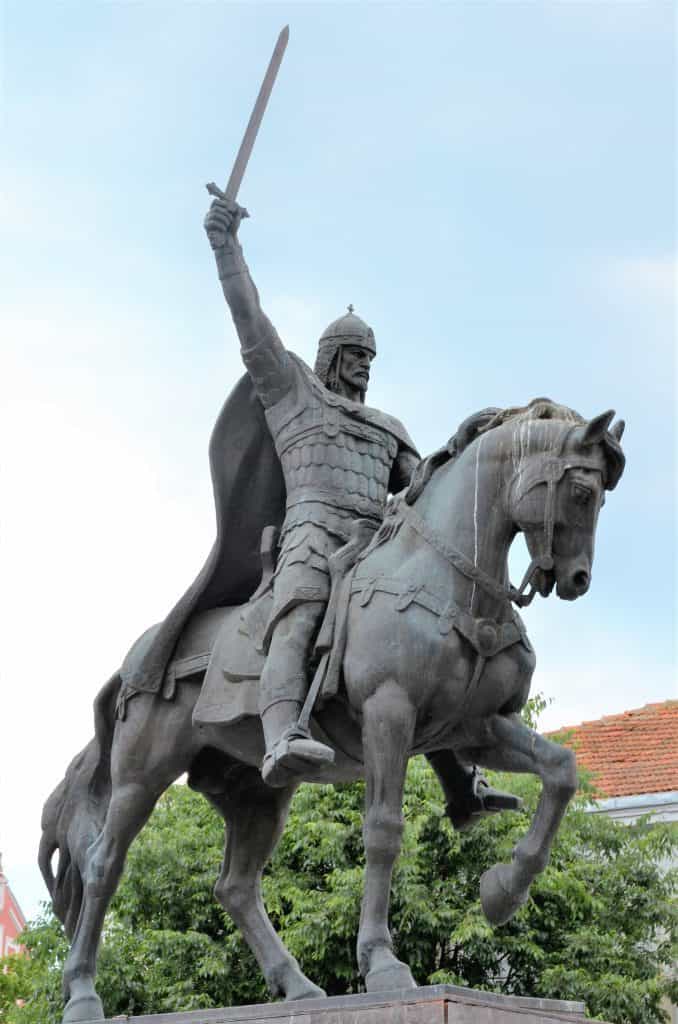 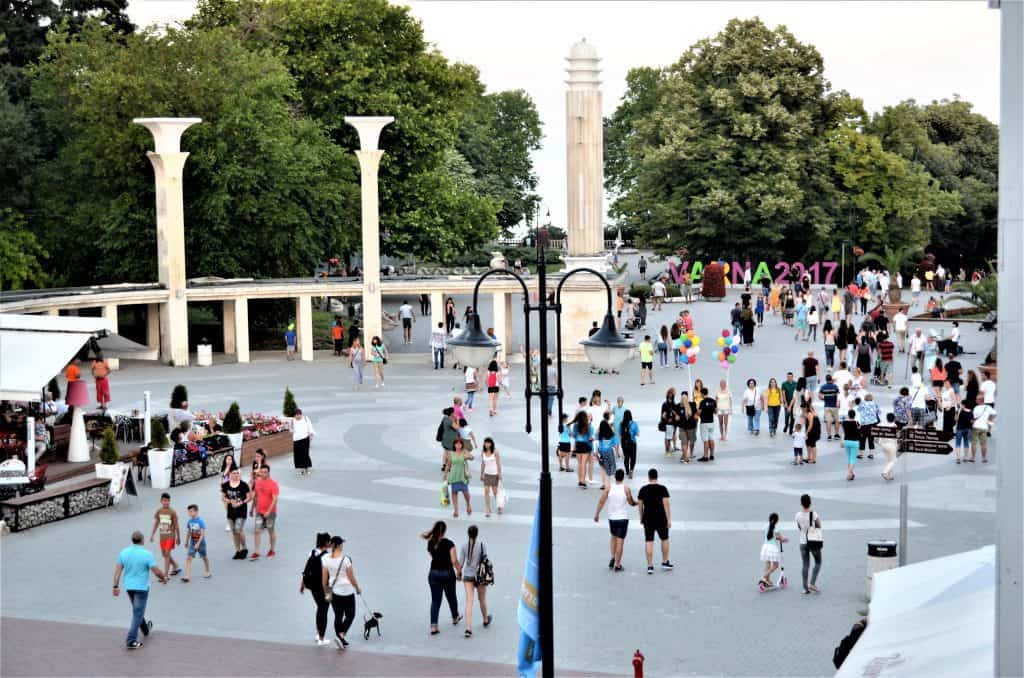 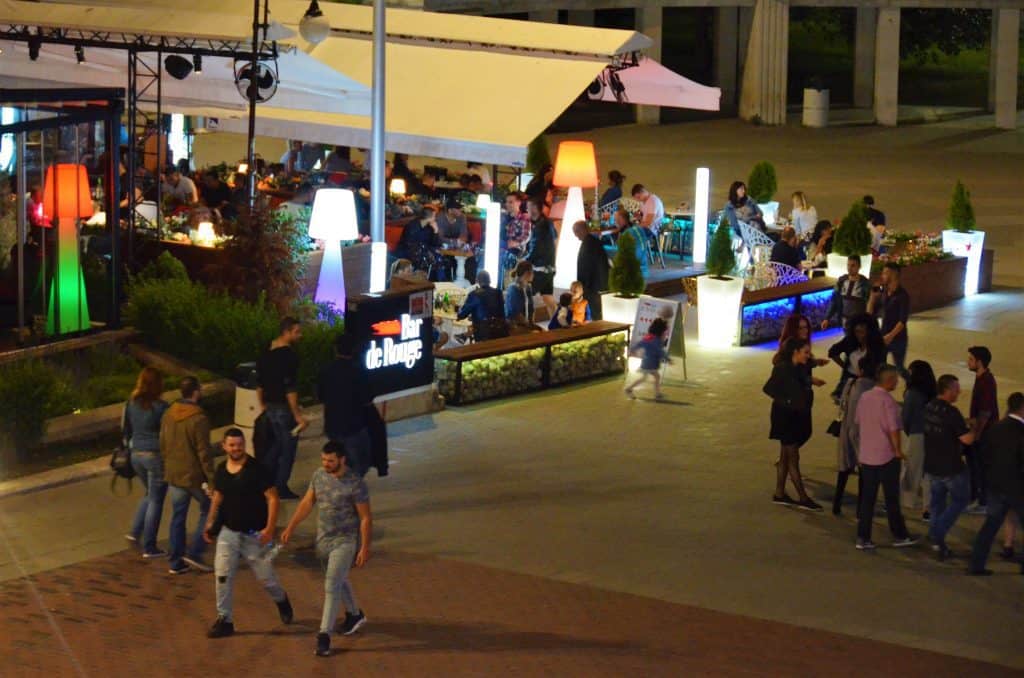 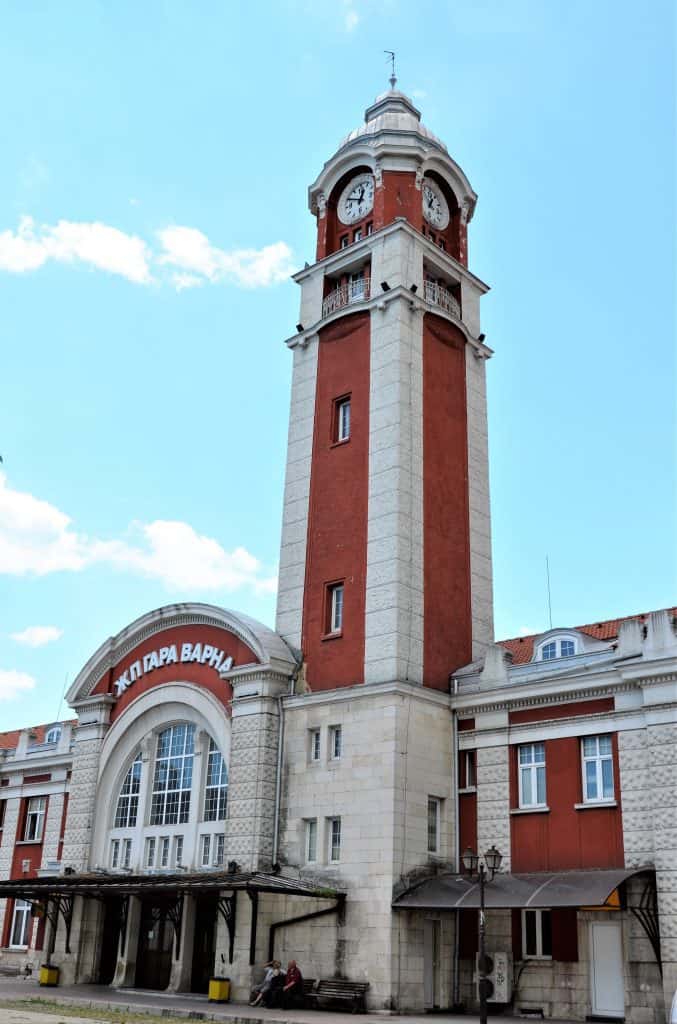 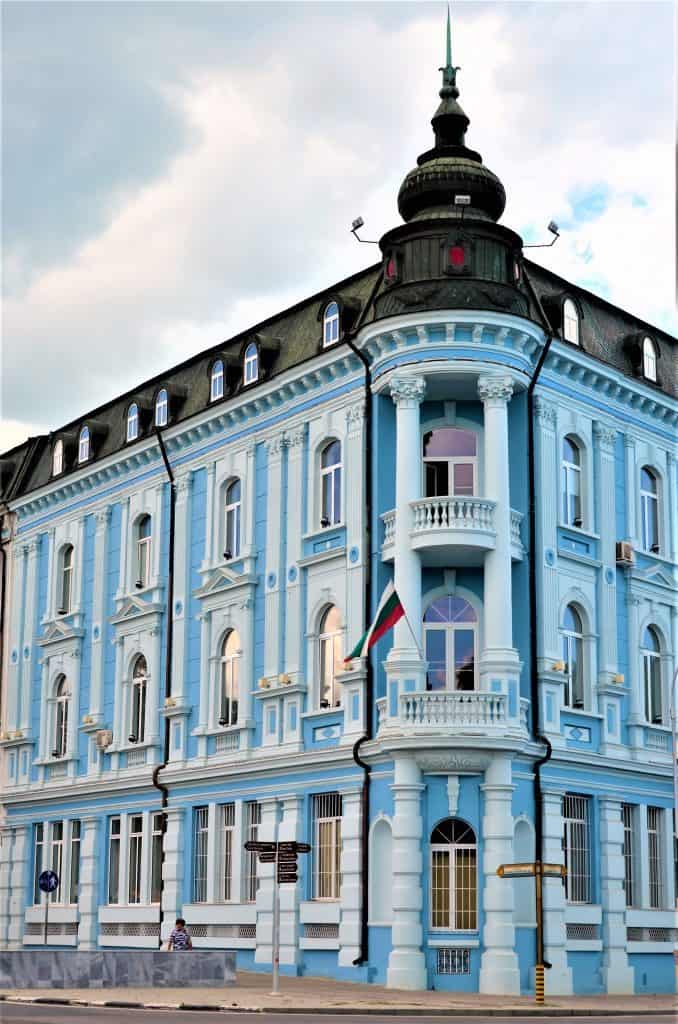 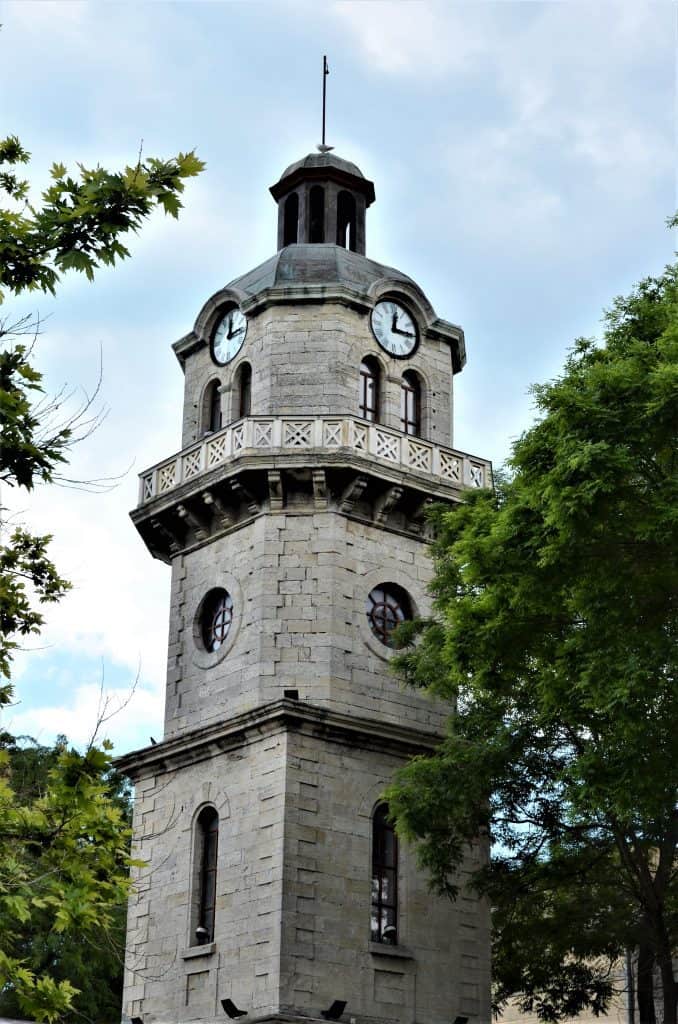 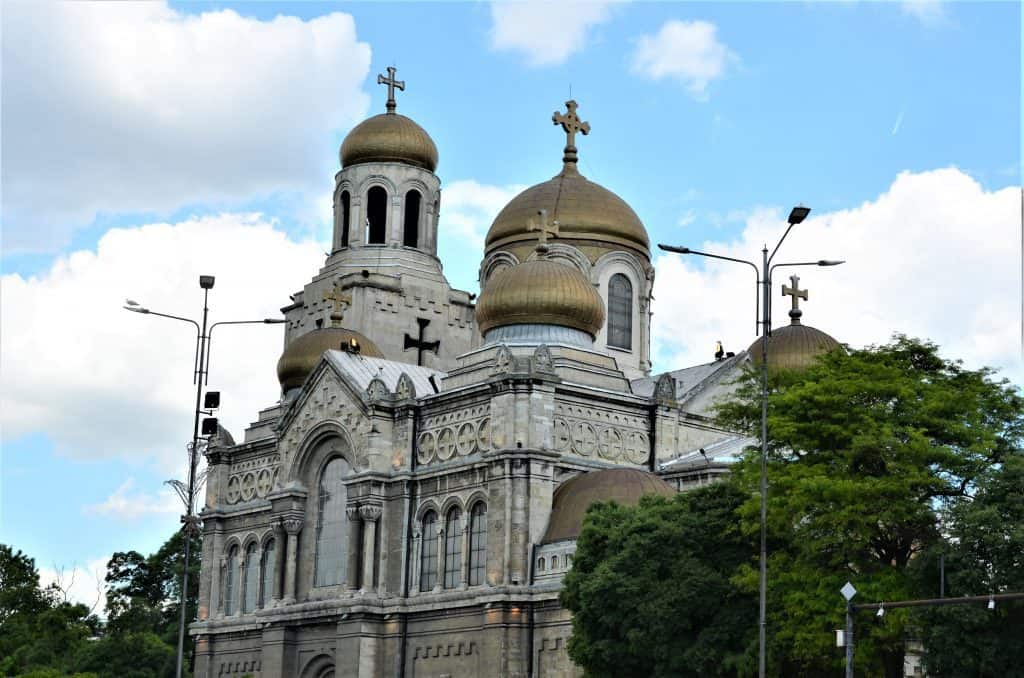 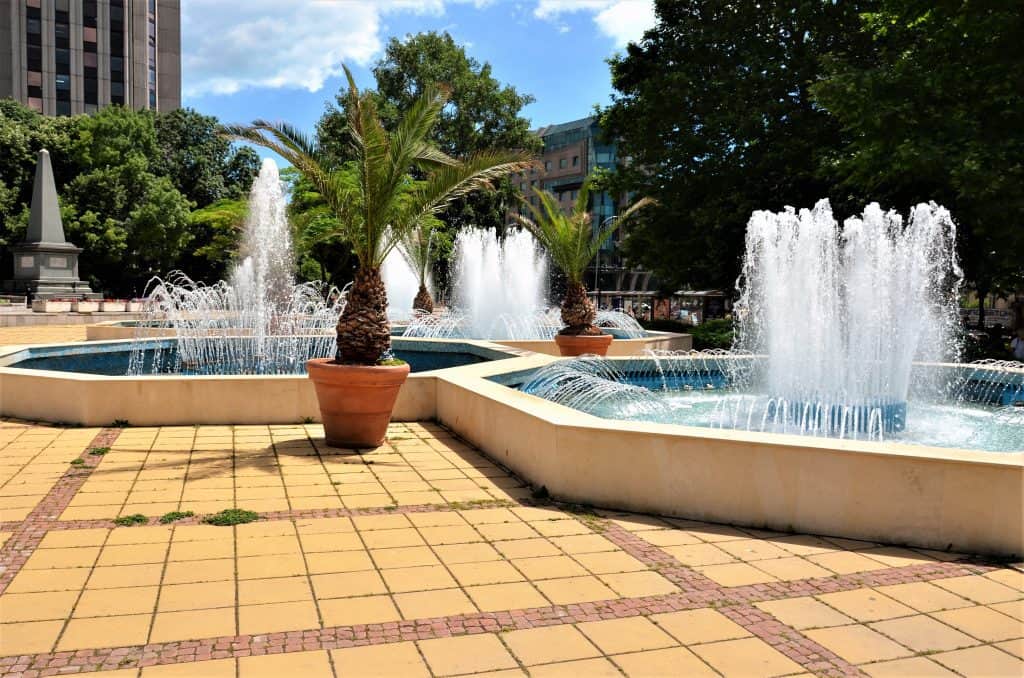 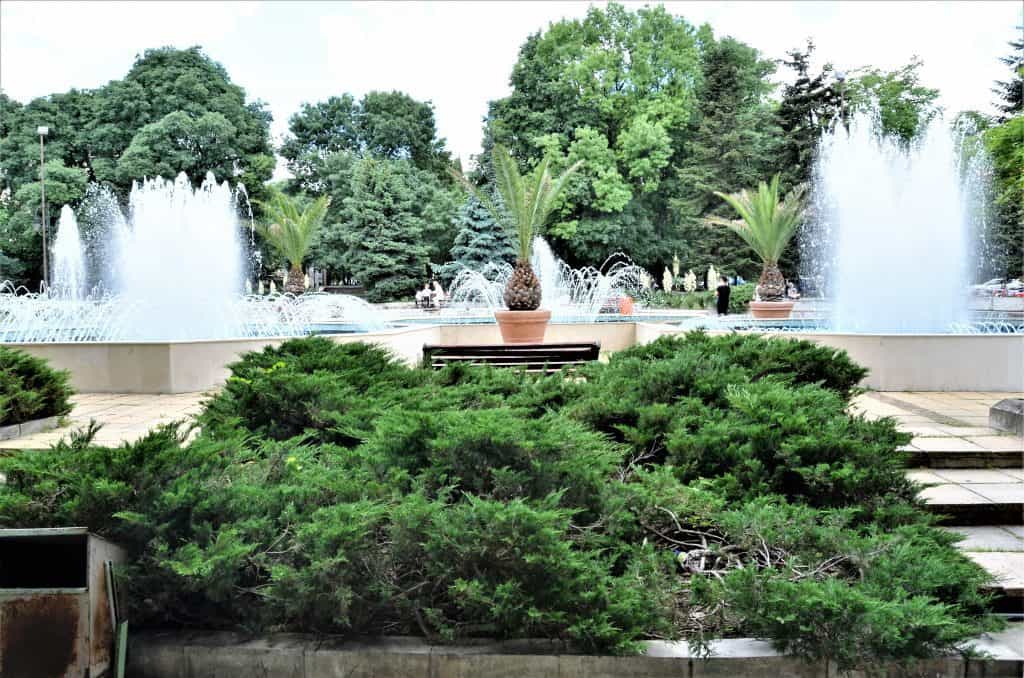 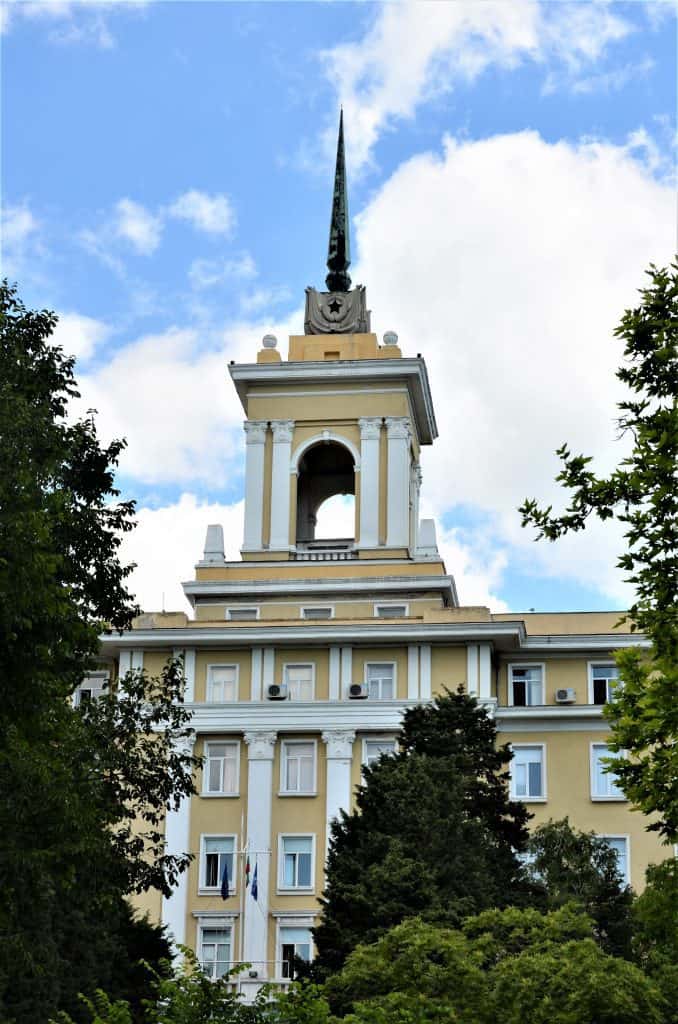 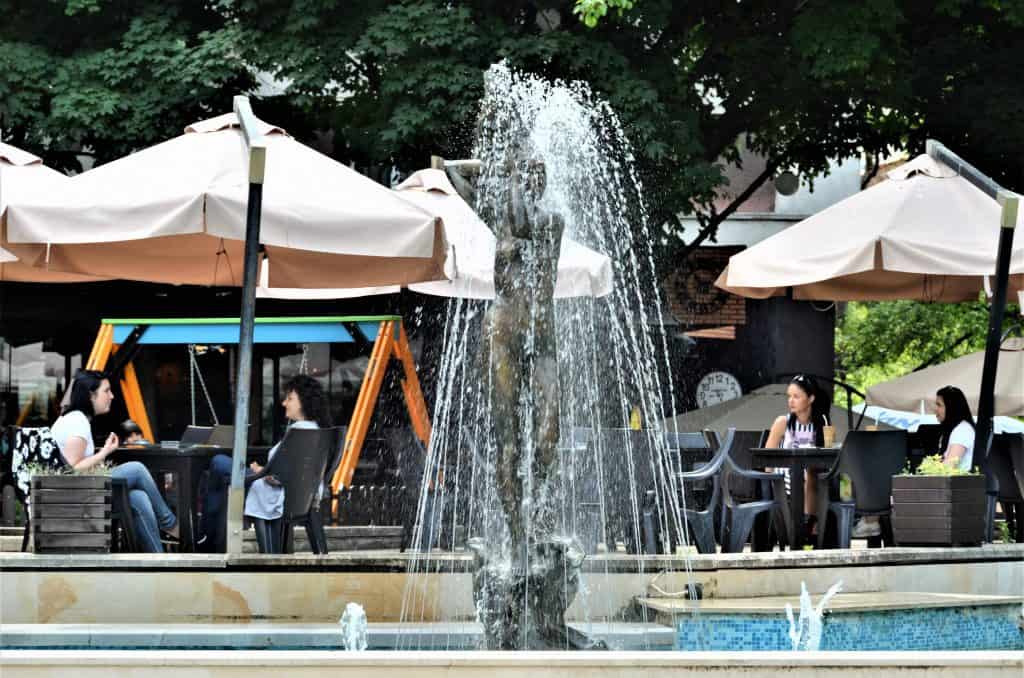 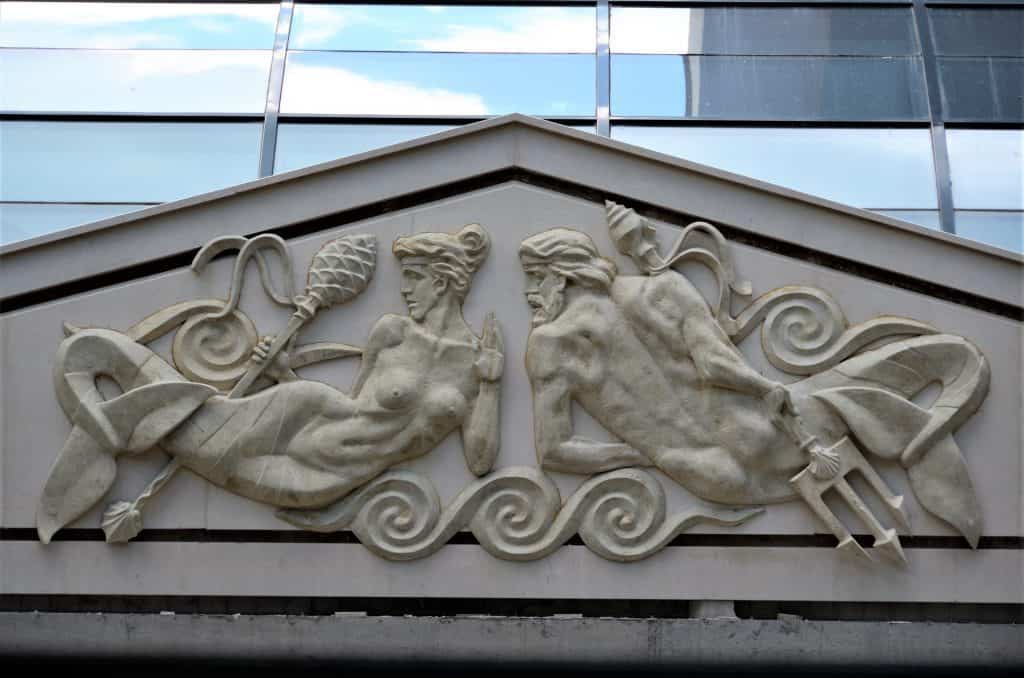 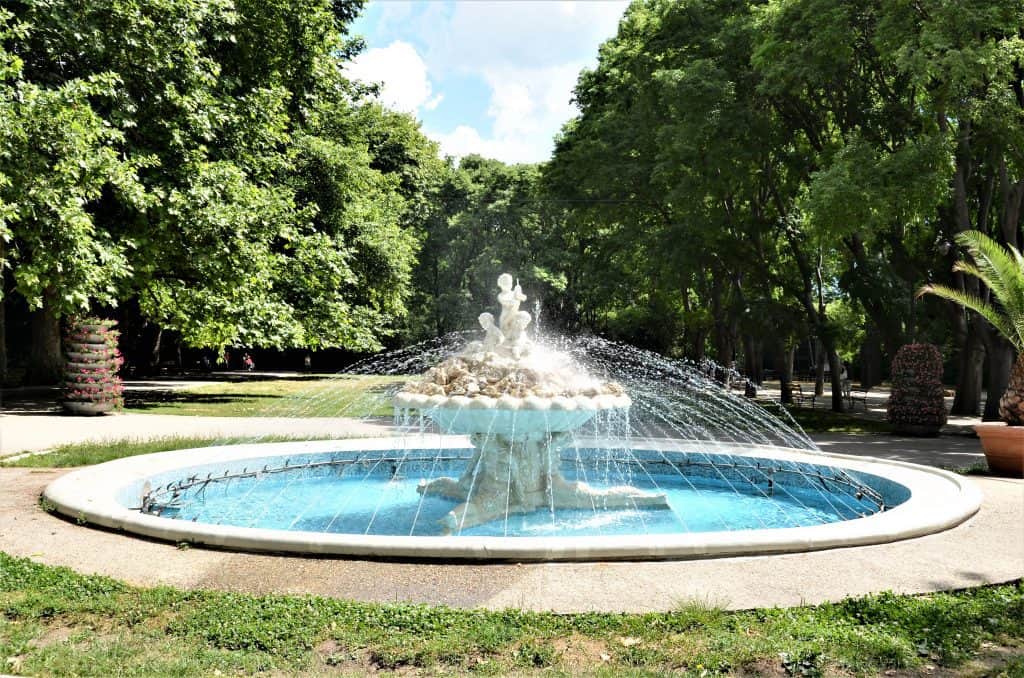 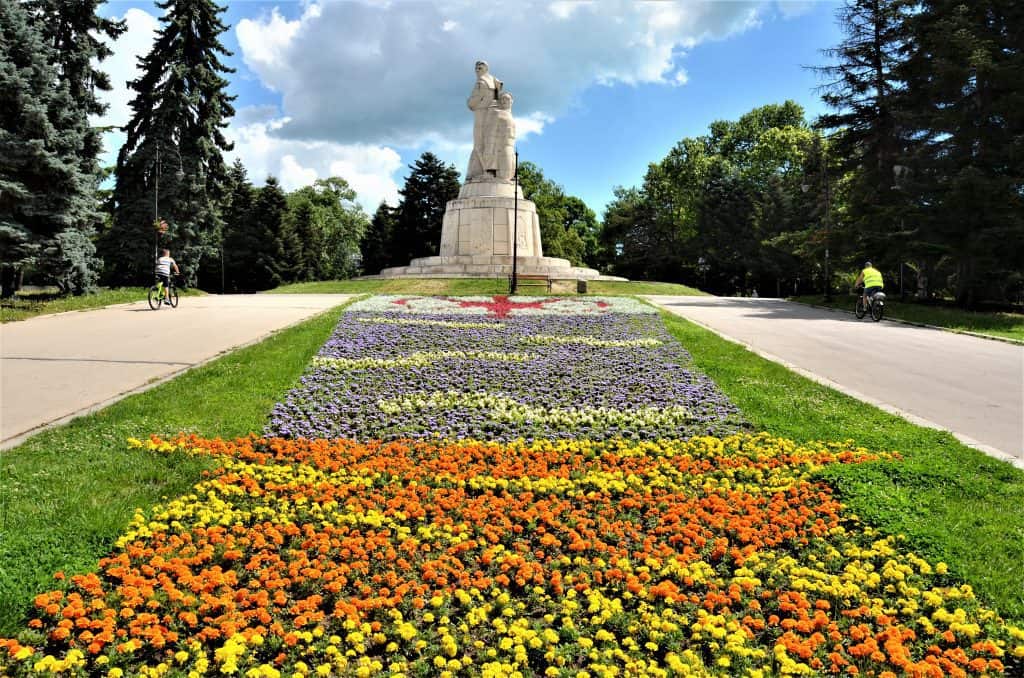 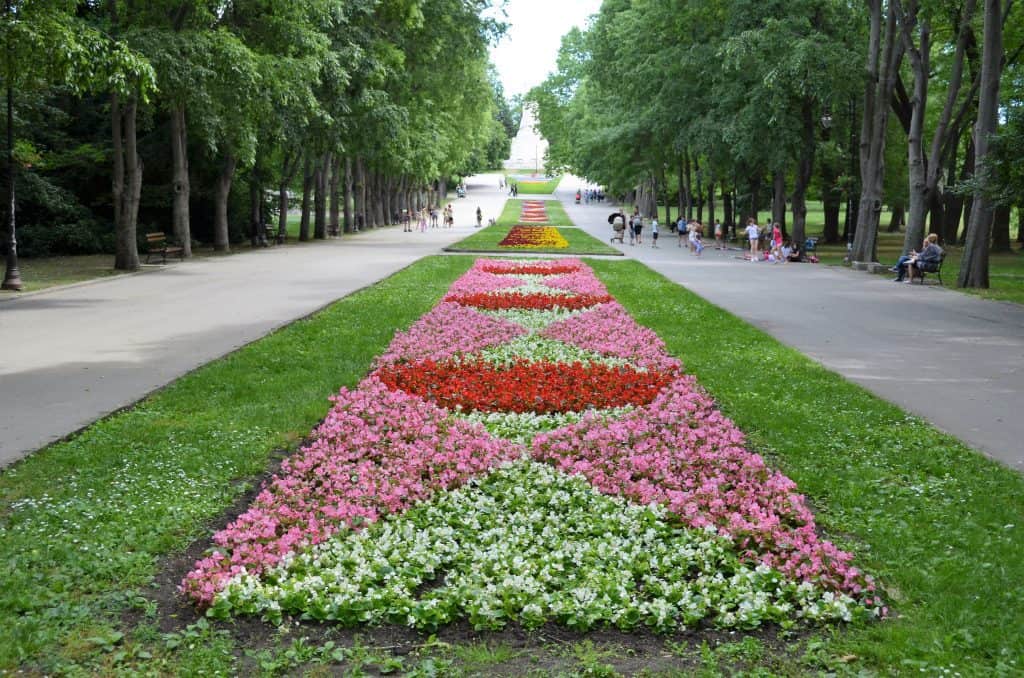 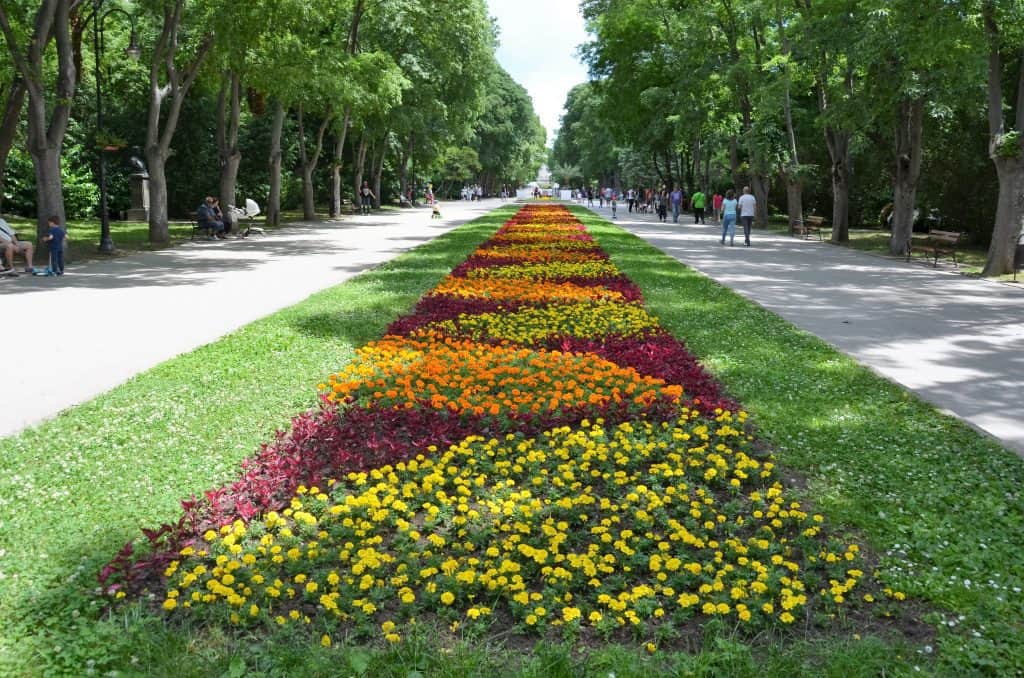 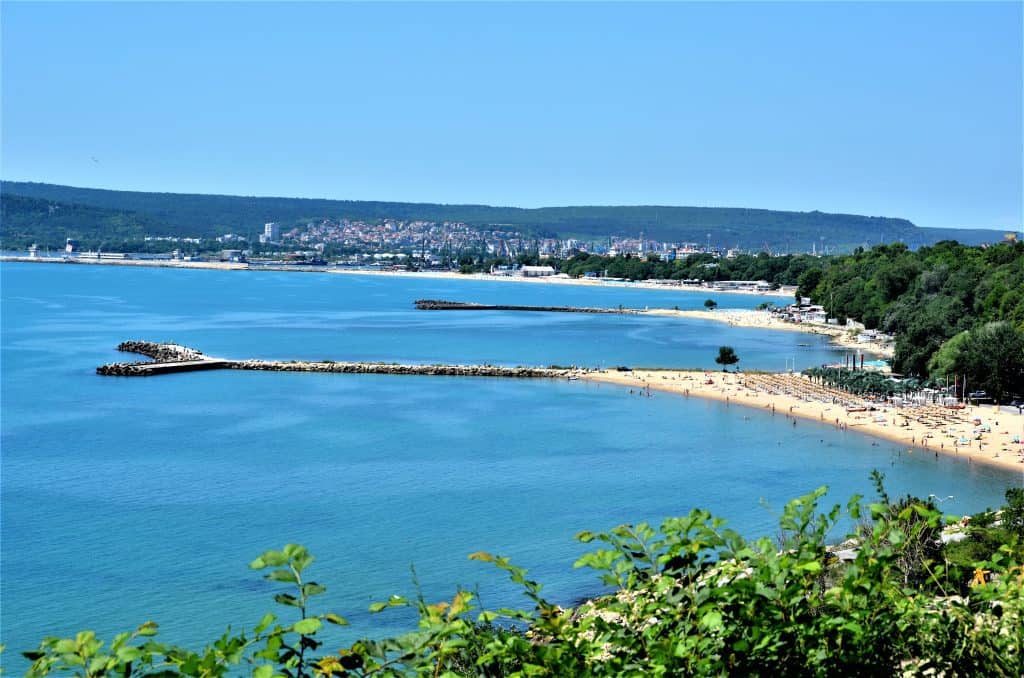